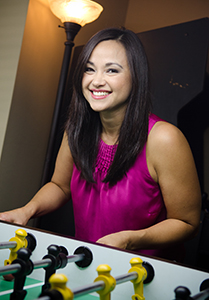 Elizabeth Moore has her own
card. Like baseball cards or football cards or even Pokémon cards, Moore is a
superstar, and fans of her sport collect player cards and follow her matches.

She’s a champion—an athlete who
is among the top ten female players in competitive foosball. She twisted the
handles, knocked the ball into goals and traveled the country winning foosball
tournaments in smoky bars and foosball venues nationwide. The 38-year-old has
won a variety of championships and is soon on her way to the International
World Championship of Foosball in France to represent America in the wild world
of foosball. Moore is pretty serious about the sport as well as being one of
the best. She’s helped put Oklahoma on the map as one of the hotbed states for
professional foosball. “Out of the top ten women players, five are from
Oklahoma,” she said.

Now she’s on her way to try to
win the U.S. Worlds in Dallas and then in January, she will cross the pond to
show the world how Okie girls dominate in foosball.

Moore first found the love of
foosball when she attended high school in Tampa, Florida. A pool hall sat
across from her school and the kids would hang out during lunch and after school
to play pool and throw darts. One fateful night, she wandered into the pool
hall after dark and stumbled upon a foosball tournament. Somehow, she managed
to get a spot, and the action of that ball hitting the goal with a loud
metallic ting changed her life forever.

“It was the sound that hooked me,” Moore said.
“I started playing local tournaments and took it to the state level. In 1989, I
went on the national tour stop in Atlanta for the National Championships. I was
14. I won the semi-pro division.”

Moore’s foosball career
continued throughout her teen years and she was ranked the number one female
player at age 16. “I loved and craved the attention,” she said. “I was young, I
was good and it was so easy for me to play. When you are on the tour, you meet
people from all over the country.”

Moore’s doubles partner,
Christina Fuchs, hailed from Tulsa and her open mix doubles partner lived in Oklahoma
City. Moore said it became clear that Oklahoma was the place to be for
foosball. “After I turned 18, I moved here to play and compete, because
Oklahoma was more central and easier to fly out of,” she said. “I really liked
Oklahoma and I never went back home.”

Foosball in the 1990s was huge
across the country and the sport was particularly popular in Oklahoma. In
Europe, foosball tournaments were even more popular, with stadiums being filled
to watch players battle it out with their plastic players. “People are obsessed
with it,” Moore said, “but it’s a bar sport, like pool and darts.” 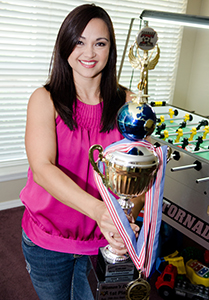 Moore took a nine-year break
from competing to have a family and raise her children. She returned to
professional foosball in 2009. The break didn’t seem to hurt her skill—she’s
made it to the finals in every tournament she’s played since.

This year, she will compete in
roughly 10 tournaments at a state and national levels. “What I’m really excited
about is being in the World Cup team in France,” she said. “It’s exciting to
represent your country.” Through the years, however, interest in the sport has
faded. Attracting younger players is getting harder and recruitment is a
challenge. Nothing is stopping Moore from continuing her love affair with
foosball. “It’s so much fun though and there is prize money to be won,” she
said.

Moore will compete in the U.S.
World Championship in Dallas over Labor Day weekend and will represent the
United States at the World Cup.

To donate to the U.S. Team, contact Moore at elizabethjmoore@live.com. To
learn more about competitive foosball, visitifpfoosball.com or
foosballboard.com. 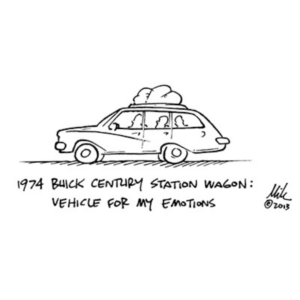 August 2013, In Other Words with Dave

by Dave Miller
Dave remembers family vacations as a kid, as he heads out on another one this time with his family.
Read More  > 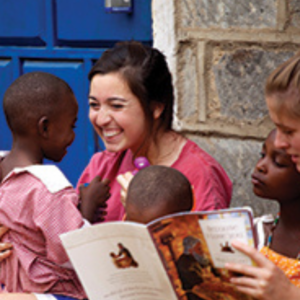