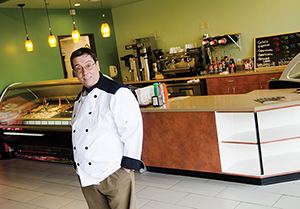 Ask anyone who has strolled
along Italy’s famed cobblestone streets and sampled culinary treasures galore
and they’ll likely tell you about a sumptuous little treat called gelato. Amid
the ancient splendor of breathtaking sculptures and sidewalk cafés, artisan
gelato shops on every corner spill over with wandering tribes of tourists and
locals who crowd in for a cool, creamy taste of the signature creation. Now
Edmond has its own authentic spot to savor this delicious tradition.

Literally translated, gelato
means frozen. Known as the precursor to American ice cream, gelato is actually
kept semi-frozen and is distinctly different than the icy version of our
commonly known indulgence. With less fat, less air and no high-fructose corn
syrup, gelato achieves that wonderful contradiction we crave—rich and creamy
yet incredibly light.

Just ask Angelo Caprilli, owner of the newly
opened Roma’s Gelato and Café in Edmond, and you can’t help but be enthralled
with the fascinating history of this decadently smart treat. With origins
dating back to the 16th century in some cultures, gelato was first concocted as
a delicacy exclusively for the elite. Servants collected snow from mountains
and painstakingly preserved it deep below ground. In hot summer months, chefs
served the rare ice with honey and goat’s milk or fruit, much to the delight of
aristocrats and their esteemed guests.

Despite its regal inception, gelato’s appeal
eventually spread throughout Europe, thanks to the genius of Italian
entrepreneurs. Today, America’s appetite for global tastes and desire for
healthier sweets alternatives are fueling the growing popularity of gelato in
the United States.

Caprilli, who was born in Milan and spent 23
years in Rome, staunchly protects the excellence of his country’s prized
gelato. “While gelato contains between 4-6% butterfat, ice cream cannot be sold
with less than 10% butterfat and most often contains 15% or more,” he explains.
“Also, gelato is mixed slowly, with less air, giving it a denser volume and
more intense flavor. Most importantly, gelato’s use of cane sugar, versus the
high fructose corn syrup of ice cream, makes gelato a healthier alternative,”
Caprilli adds.

Every silky spoonful of Roma’s gelato is pure
bliss. With a daily, freshly made, rotating selection of up to 24 different
gelato and sorbet flavors, from well over 100, some of the favorite choices are
Tiramisu, Pistachio, Almond, Stracciatella (vanilla with chocolate shavings)
and Strawberry Sorbet. Roma’s also proudly serves Espresso, Cappuccino and
Latte “as only we real Italians can make them,” Caprilli chuckles, “served in
true European fashion and in heated china cups.”

A glance at the imported Italian ingredients
at Roma’s takes you on a journey in mere moments. Beautifully labeled,
authentic containers of Torrone (nougat), Arabeschi Nocciola (praline
hazelnut), Cacaopat (dark chocolate) and Cocco (coconut) instantly transport
you to those scenic cobblestone streets a world away where time is enjoyed like
gelato—a little more slowly.

Visit Roma’s Gelato & Café
Tuesday through Sunday at 2nd and Bryant in Edmond and look for exciting new
pastries, Panini, gelato cakes and more to come. Find more at romasgelato.com
or call 708-6111. 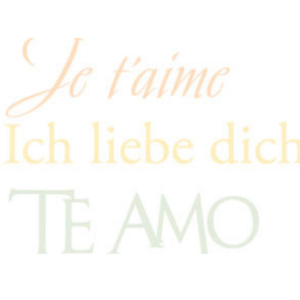 by Louise Tucker Jones
Louise shares the intimacy of saying "I love you" in different languages.
Read More  > 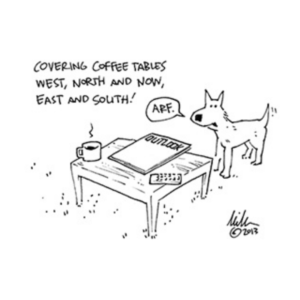 Dave’s Blurb for May

by Dave Miller
The Outlook is expanding!
Read More  >