Fifteen years ago, many of us only thought of terms like ‘organic’ and ‘locally sourced’ as horticulture facts we once learned in a classroom, things that had nothing to do with our personal lives or eating habits. We gobbled down meats, veggies and packaged foods out of convenience and didn’t think twice about the origin, production or economic value of our choices. Fast forward to today and we can’t get enough, learn enough, do enough to be more savvy consumers who make healthier and more environmentally sound food choices. 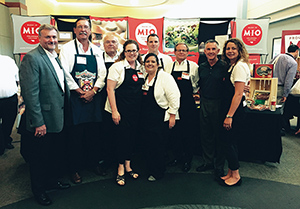 Thanks to the pioneering spirit of a handful of local food manufacturers, the Made in Oklahoma (MIO) Coalition was formed in 2000 and something brilliantly futuristic was set into motion. At the time, mushroom farms and grains milled in nearby counties were but an enigma, a vague curiosity to us personally. But the movement grew. Something civic and territorial caught fire. As the MIO Coalition promoted the expanding variety of foods produced in Oklahoma, a trend towards healthier eating and environmental awareness also took root. And with that, the locally sourced food movement shrugged off its niche persona and became a burgeoning industry.

Today, the MIO Coalition provides marketing and promotional assistance for more than 45 member companies. A variety of food manufacturers, processors and distributors, from specialty meats to major dairy producers, are now MIO members. Kerry Barrick, MIO Coalition Coordinator has seen a boost in both membership and consumer awareness as the local food movement has grown. “I think when people learn that Coalition members bring to the state $4.1 billion in sales and employ 27,000 Oklahomans, they want to continue the momentum by purchasing their products.”

Not only is the impact of this powerful organization helping to ensure Oklahomans have an extensive choice of MIO products in local grocery and specialty stores, but at numerous local restaurants as well. Menus tout creative entrées infused with cheeses, meats, sauces and produce proudly bearing the MIO brand. And consumers are eating it up. 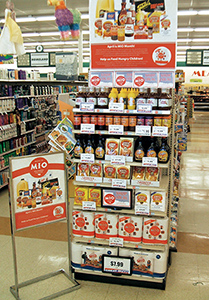 Chances are, most of us have regularly enjoyed beef, pork, baking mixes, barbecue sauce, salsa and hundreds of other delicious foods manufactured in Oklahoma, without even knowing we were also supporting our local economy. Many people are surprised when they learn that some of their favorite foods they’ve enjoyed for years are made right in their own home state. Yet behind the scenes, the MIO Coalition has been diligently making these phenomenal products a mainstay in grocery and specialty stores, on menus at local restaurants and on home dinner tables everywhere.

As we host guests from in and out of state at our holiday tables, there’s no better time to showcase Oklahoma’s famed indigenous fare. Shawnee Mills cornbread mix is a tried-and-true base for stuffing. JC Potter sausage and Griffin Foods syrup make for hearty breakfast staples. Braum’s and Hiland dairy products bring an endless array of food and beverage options to the holiday menu, as do Bama pies and hundreds of other must-try foods. Inspiration abounds with MIO’s online recipes and their ‘Tastefully Oklahoma’ cookbook brimming with contest-winning recipes. Try your hand at crowd-pleasing creations like smoked corn pudding, bacon maple rolls, candied bacon or black-eyed pea cakes with pepper jelly.

Gift-giving takes on new meaning, too, when MIO products are wrapped up in festive baskets and gift sets. Who could resist an assortment of delectable gourmet apple and pumpkin spreads, beef jerky, hot dogs, energy bars, chocolate, salsa, craft beer or pasta? There’s nothing better than delighting someone with a meaningful gift that, in turn, supports the local economy. In the true spirit of Christmas, it’s the gift that keeps on giving. Now that’s something to celebrate!

For more information about MIO products and recipes, visit www.miocoalition.com. 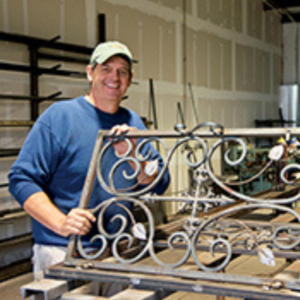 by Kent Anderson
Royal Ironworks began as a hobby. Richard Queen was living in California, working in sales and marketing, a single parent who needed a job that would accommodate his family responsibilities. He'd been attracted to ironwork for a while"���the process of creating something unique"���and it led him to an apprenticeship with one of the most renowned blacksmiths on the West Coast.
Read More  > 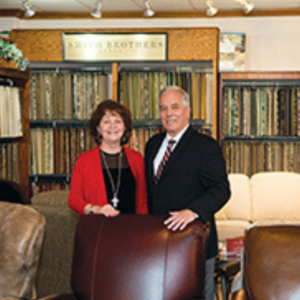