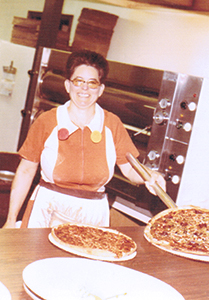 Few foods bring people together
in such an instant, carefree fashion as the just-opened box of piping-hot
pizza. Kids flock to the dinner table, office workers instinctively migrate
from their computers and party guests come to life when this one-dish wonder
casts its aromatic spell on a hungry crowd. By its very design, pizza is meant
to be shared.

Like other Italian foods we’ve
adopted as American classics, the once-humble pie easily evolved into a
stateside sensation. Though the first pizzeria opened in New York in 1905, it
wasn’t until after World War II that pizza grew into a widespread attraction.
American GIs stationed in Italy returned home with a taste for the hearty pies
they had discovered overseas— yet another reason to thank our countrymen during
this patriotic month!

Popping up in cities and neighborhoods
throughout the country, pizza shops offered exactly what the world was
craving—fast, fun, inexpensive food and a casual spot to meet friends. Even the
smaller communities enjoyed a piece of the pie. In 1962, Cha’Ray’s Pizza needed
a manager for its Purcell, Oklahoma, location and found an unsuspecting
treasure in its new-hire, Jo Ellen Powers. Never even having eaten a pizza, let
alone made one, Jo was shown only one time how to make a pizza before she was
on her own.

With consistency and excellence, Jo rose to
the challenge with great success. She eventually bought the business in the
small concrete building in Purcell and Jo’s Famous Pizza was officially born.
With the new restaurant’s winning fare, late-night hours, pinball machine and
juke box, the small-town hot spot lived up to its famous name, especially among
teens.

The ever-expanding family business found its
way to Edmond five years ago, where Jo’s nephew, Dar Powers, now carries on the
delicious traditions of Jo’s Famous Pizza. Each custom-crafted pie is handmade
from scratch with dough and sauce made in-house. Yet as many pizza-enthusiasts
agree, it’s all about the toppings—and Jo’s doesn’t disappoint. Pepperoni in
every bite, fresh veggies and exceptional combos appeal to pizza purists and
flavor-seekers alike. The Luau, The Taco, The Cowboy and The Bacon, Jalapeno
and Cheddar Burger pizzas are choice crowd-pleasers. With a hometown touch,
Jo’s goes the extra mile, dividing pizza toppings into halves, thirds and
fourths to accommodate a variety of tastes in a single order.

Edmond owner, Powers, comes by his love of the
business naturally. Recalling summers as a boy in Purcell with his grandma and
Aunt Jo, he remembers, “As kids, we hung out at the restaurant. We got pizza
dough to play with and had a great time.” Powers keeps that personal tradition
alive today, delighting young diners with their own ball of dough to shape
while their pizza is prepared.

Sandwiches, salads and appetizers round out
the plentiful menu at Jo’s, along with an exciting line-up of three new
Signature Salads for summer. The Café, The Greek and The Italian salads feature
fresh combos and perfectly-paired dressings. 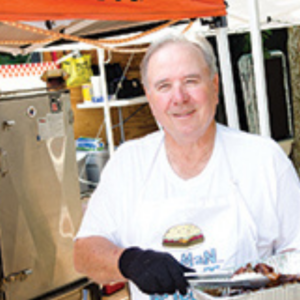 Over The Hill BBQ and A

by Bethany Scott
For some, barbecue is more than just throwing your favorite meat on the backyard grill. Meet Dale Sligar, a professional barbecuer with Over the Hill BBQ in Edmond. Having been in (and won!) several barbecue competitions, Dale agreed to sit down with us and share some of his secrets, stories and sauces.
Read More  > 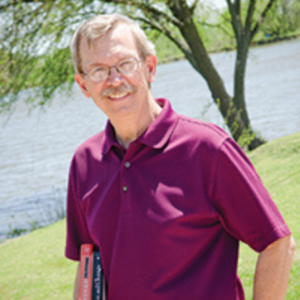 by Gina A. Dabney
Parents Helping Parents is a local support group for parents who have children suffering from addiction.
Read More  >