It’s just another street corner on a busy day. Grateful for a long stoplight, I grab my phone and quickly try to catch up on emails and texts as I take a deep, meaningful slurp of my double-shot latte. The stoplight lingers. I check texts on my personal phone. Family issues tug and press. I can’t deal. Toss the phone into the cup holder and stare mindlessly into the daylight, trying to process it all. And just outside my car, a face arrests my attention.

It’s just a man, a scrawny man holding a sign. A sign I’ve forced myself to look past a million times before, unsure of my own disposition at what could be a ploy. I’ve reached out my car window a few times, not really knowing where the money I gave would be spent. I just needed to give, maybe as much for my sake as theirs. Isn’t that the point of a gift anyway—the joy of giving it, the mere act of being generous? 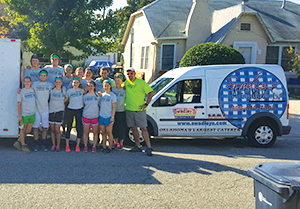 Thankfully, many businesses don’t grapple with giving the way we sometimes do as individuals. Community outreach is a key mission in corporate culture today. Many restaurants donate surplus foods to charitable organizations and give of their time and funds through community programs. As consumers, it’s gratifying to know that even the money we spend when dining out can be a source of giving.

Swadley’s Bar-B-Q, owned by Ron and Brent Swadley, has a longstanding history of giving back to the community. Most donations are focused on faith-based organizations, local churches, schools, community organizations and charities. Executive Vice President, Curt Breuklander, says, ”Feeding people and getting the opportunity to witness and share God with them is so rewarding. We’ve helped several law enforcement families who have lost loved ones. To support them during their most trying times and be there to provide a hot meal is so awesome and moving.” Swadley’s also supports City Rescue Mission, Celebrate Recovery, Boy Scouts of America, March of Dimes and many women’s groups.

Dar and Susan Powers, owners of Jo’s Famous Pizza, donate fresh cooked pizzas and salads almost daily, and donate numerous gift cards throughout the year. Several hundred pizzas and salads are delivered each month to local schools and churches. “We feel that we should give the way God has blessed us. He has blessed us with a thriving pizza restaurant and so we give back to the community through it,” Dar says.

For Kang and Mary Nhin, owners of Nhinja Sushi & Wok, donating their soups and rice at the end of the day to the City Rescue Mission is a natural way of giving back to others. Kang comments, “If we can help, give hope and help healing, we do it. And it goes without saying that City Rescue Mission does all three things.” 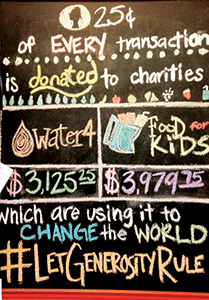 Gregg Janes, owner of Twelve Oaks Restaurant, gives generously with gift certificates for charity auctions to the Salvation Army, Turning Point Ministries, Anna’s House Foundation and Edmond Women’s Club, among others. Janes notes, “We also support the Taste of the NFL Kick Hunger Challenge by partnering with one of our wine suppliers. Approximately two meals are donated for every bottle of selected wine we sell during the promotion.” In addition, Twelve Oaks supports Stan’s Ride against childhood hunger, with all proceeds benefiting the Regional Food Bank.

Perk Place Café, owned by Natalie and Jeff Meyer, provides free coffee Monday-Saturday from 7-8am, with 25 cents of each transaction donated to Oklahoma Regional Food Bank Food for Kids Backpack Program. At their Crossings Community Church location, 25 cents of each transaction goes to Water4. They also support Lifetroops, Free to Breathe, Autism Oklahoma and Limbs for Life. Natalie recalls a special moment when the café was spotlighting Edmond AMBUCS and they had a tryke on display. “A young girl said her sister rode one of those when she went to therapy. Because of that interaction, we were able to connect her with Edmond AMBUCS and her sister received a tryke of her very own that was modified to fit her needs.”

During this season of thanksgiving, it’s heartwarming to know that something as simple as a cup of coffee at a stoplight or in a cafe can make a difference. 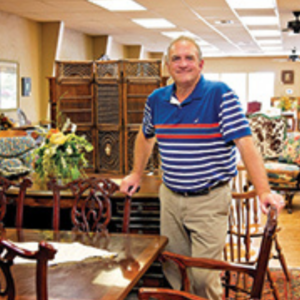 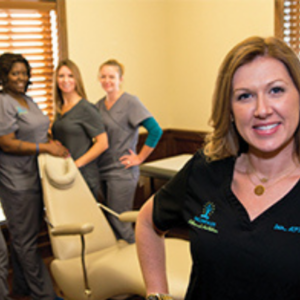 by Morgan Day
The road to getting healthy and staying healthy isn't paved with prescriptions; it's about getting to the root of the problem and reversing it with diet and lifestyle modifications.
Read More  >