Dave Strozdas’ goal is to remain incognito, blending in so he can capture his subjects relaxed in their natural habitat. Dave stands at six feet, six inches about six inches shorter than the hump of a moose, one of his favorite animals to photograph. He says, “They’re massive animals found in the most scenic of places. They’re easy going until they’re mad. I’ve learned to keep my distance.”

Dave was hired as the first park ranger at Arcadia lake in 1986. At that time, the lake was under construction, a giant hole soon to be filled with 14,500 acres of water. Dave spent time walking the perimeter of the lake and observed various types of wildlife. Soon after the lake was completed and open to the public, Dave joined the Edmond Police Department. He had a front-row seat to the development of Arcadia lake and the wildlife that has thrived there over the years. Early last fall, he sat at a picnic table in Central State Park and watched as two eagles soared above him, swooping down to catch fish.

From an early age, Dave was fascinated by wildlife and made a career of keeping a watchful eye on the animals that inhabit wide-open spaces. After working at Lake Arcadia, Dave became an employee of the Oklahoma Department of Wildlife, while holding a dual commission as a US Deputy Game Warden. He had long hair and grew a beard, seamlessly mingling with hunters and fishermen. He made relationships with those in the field and investigated their activities, mostly watching those who participated in the illegal interstate transport of wildlife across state lines.

Dave was given a camera as a teenager and took photographs as a hobby throughout his life, but became serious about photography in 2008. Dave has visited all fifty states. He participated in research projects involving the Jaguar in the Sierra Madres of Sonora, Mexico, and desert bighorn sheep and mountain lion interaction in the Chihuahuan Desert of south-central New Mexico. He has photographed tropical birds in Ecuador, where the Amazon jungle meets the Andes Mountains. Rhinoceros and Elephants were among the big game animals he photographed in South Africa. Locally, Dave has photographed beavers, deer, eagles, herons, and various other types of birds.

A Sharper Focus on the Future

It’s Dave’s goal to stay out of the animal’s sight saying, “If an animal knows someone is near, they get stressed and tense.” It’s Dave’s passion to capture fleeting moments in nature without interrupting the animals. He plans his photography excursions around weather, seasons, migration patterns, and even breeding patterns.  He says, “Big game animals let their guard down during breeding time. Their focus is their mate so they don’t care if I’m there or not.” This often creates an opportunity to get amazing shots.

Dave is working with other nature and landscape photographers on international guided trips. Dave says, “As I’m retiring and winding down my career, I’m winding up my photography career.” To view his work and learn more about Dave visit www.mywildlifepix.com. 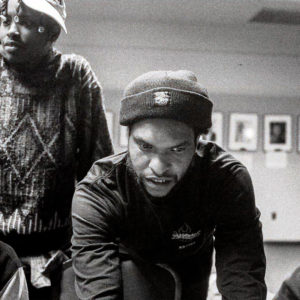 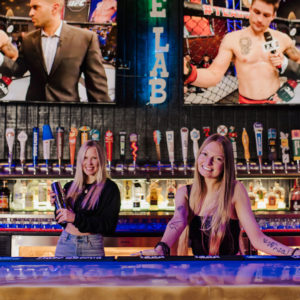