Edmond Sports Legends: Where are they now?

It’s no secret that Edmond has produced a host of world-class athletes. Though they may be scattered across the country now, they’re still firmly rooted in their hometown.

Shannon Miller graduated from Edmond North High School in the mid-1990s and became one of the world’s most decorated gymnasts, winning two gold medals in the 1996 Olympic Games in Atlanta, and many more in the World Championships and Pan American Games from 1993-1995.

“My most vivid Olympic memory is from the 1996 Olympics,” Miller says. “It’s the moment my feet hit the ground after my balance beam dismount during event finals on my last day of the Olympics competition. I felt my feet touch the floor and when I realized I was standing up and had just stuck one of my best routines ever, it was such an overwhelming mix of emotions.”

After Miller retired from Olympic competition, she graduated from the University of Houston. Then, she earned a law degree from Boston College Law School. During those years, she did sports broadcasting and hosted her own TV show, “Gymnastics 360 with Shannon Miller,” and began speaking professionally.

In 2007, Miller started the Shannon Miller Foundation, dedicated to fighting childhood obesity. In 2009, she and her husband, John Falconetti, had their first child.

Miller spent most of her pregnancy writing a series of fitness books, cookbooks and she filmed fitness DVDs. She will launch a new business in July, www.shannonmillerlifestyle.com. “This is a place where women can get great information from experts on everything related to health and fitness,” she says. “I am also including a special section on mommyhood.”

Miller now lives in Florida with her husband and son. She is president of Shannon Miller Enterprises, which focuses solely on women’s health and wellness. She also continues to be a broadcaster and television host, as well as an author and professional speaker. “However, my most important job is Mom,” she says.

Her parents still live in Edmond, and she makes it back to see them when she can. “I also try to stay involved in the community as much as possible. I have been honorary co-chair of the Oklahoma City Memorial Kids Marathon for several years now,” Miller says. “I have spoken to many groups in Edmond over the years and always make sure to hit Braum’s and Steve’s Rib when I come to town.”

Matt Roney graduated from Edmond North in 1998 and went on to play professional baseball for the Colorado Rockies, Detroit Tigers, Oakland Athletics and Toronto Blue Jays. He is currently a free agent. Rick Nordyke, Roney’s high school coach, says, “He was a great young man that all the kids looked up to.”

Nordyke says he taught Roney that through hard work, you can do anything. He says Roney was very humble and helpful in high school. “Even though he was a superstar, he would be the last one to leave and would help me with the field work after everybody else had left. He was a team player,” Nordyke says. “He has a God-given talent and great work habits. He was very coachable.”

Nordyke says Roney comes back to Edmond often to work with pitchers. “Matt is one of those once-in-a-lifetime kids that come through your program,” Nordyke says.

Bill Self, head coach of the University of Kansas basketball team, was Oklahoma’s Basketball Player of the Year in 1981 while playing at Edmond Memorial High School. He later received a scholarship to OSU. Mike De La Garza, Self’s high school basketball coach, remembers him fondly. “He was kind of the big man on campus. He’s maybe the best coach in the country, but people forget what a good player he was. He simply was not going to lose.”

De La Garza says Self delivered game-winning plays at the buzzer six times his senior year. “As a high school basketball coach, you want to impact every player and hopefully it will be in a positive way. There is no doubt he had a bigger impression on me than I had on him. He was an outstanding kid and a great player. It was a real privilege and honor to coach him.”

Self regularly comes back to Edmond to visit, De La Garza says. “He not only hasn’t forgotten his roots, he cherishes his roots. He still hangs out with his high school friends and loves his parents,” he says. “Even though Bill lives in Kansas, he’s still an Edmond guy.”

These are just a few Edmond residents who have gone on to become household names. There are many less familiar Edmond citizens who have stayed and helped Edmond become the town it is today.

• Kelly Gregg, Baltimore Ravens’ Noseguard was an All-State Football player and wrestler for both Edmond Memorial and Edmond North. He graduated in 1995 and attended the University of Oklahoma.

• Pro BMX rider, Mat Hoffman, was born and raised in Edmond and has broken many world records on Edmond soil, including the highest BMX vertical jump. 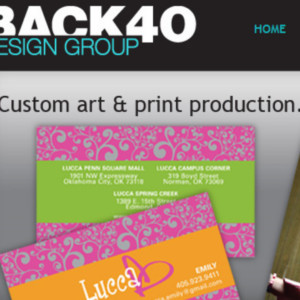