Perhaps you’ve seen James Samples and his rather large dog around Edmond or local pet supply stores. Actually, the rather large dog is a hybrid wolf-dog. We visited with James and Duke and learned about this unique pet-owning experience.

How did you become a wolf-dog owner?

About 10 years ago I decided that I wanted a dog that not a lot of people had. I did 3 years of research before I got Kato, who is the only female. She was very wild and was missing being a part of a pack. So then I got Duke, the large white one, and Pike from a local individual who could not take care of them. Unfortunately, Pike had health problems and passed away. I found Apollo, the dark black one, to fill out the pack.

I’ve always been a dog person. Owning wolf-dogs was just something I wanted to try. They are different from dogs. They are smarter, faster and much much more independent.

Can you tell us a little about each wolf-dog’s personality?

Kato hands down is the leader. She’s the only female and has adopted the role of being in charge. Duke is the most mild-mannered, kind of just wants people to love on him. Apollo is the most wild, most independent, and has the least amount of regard for others.

No, not particularly. They lack the emotional human attachment so they don’t mind humans, but they don’t listen either. It’s the lack of wanting to please people. They are independent and don’t really mind if you are there or not.

How much do they eat?

They go through a 30-pound bag of dog food a week.

Where do they sleep?

I bought them an amazing insulated and cooled dog house and I have an acre lot dedicated to them.

How much does Duke weigh? Does he even know he’s huge?

Duke weighs 140 pounds and he thinks he’s a lap dog.

What has surprised you the most about owning a wolf-dog?

The need for them to be together as a pack. Taking them away from each other is almost impossible. They don’t understand when each other leaves.

Do they howl? Are there any other wolf behavior traits that they exhibit?

Oh yeah, they’re howlers. They are always looking to get into things and always watching all the movements. Nothing gets by them. Their body language is always directly focused on things. And they are determined to investigate everything.

What advice would you give to someone thinking about owning a wolf-dog?

I don’t normally recommend them. The cost, the independence, the large space needed. They aren’t as easy as one would think. 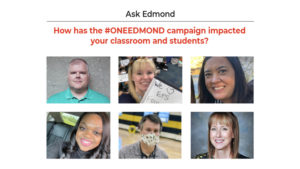 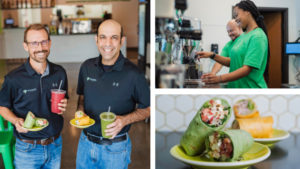