Drifting Around the Metro 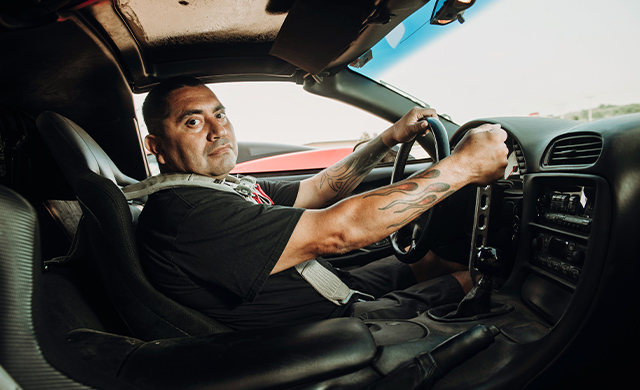 Revving the engine, drifting sideways at high speeds, and pilling up smoke. Daniel Fuentes says there’s nothing that compares. “It’s something you have to feel for yourself,” he chuckled as he reminisced on his first drift.

Six years ago, Jeremy Hansen introduced Daniel to drifting events while working at Daniel’s shop Automotive MD. Daniel has been drifting ever since and doesn’t plan to hit the brakes on events any time soon. He started out with a Lexus SC 400 and graduated to a red Corvette before finding his beloved black ’98 Corvette.

The neverending adrenaline rush and sense of controlling an out-of-control car is what keeps bringing him back to the track. The coolest feeling is seeing the other drifter on the track when you’re sideways, and there’s the appearance the cars will T-bone.

“That’s when it gets fun, when you actually can have fun with other drivers,” Daniel said. “This last event one of the guys we drift with spun out and was facing toward me, I went right by him, and we high-fived.”

Once a month, Daniel drifts 40 to 50 laps at Norman or Oklahoma City events and will go through six to eight tire sets.

“There’s a lot of guys, that from the time we get there until the time we leave, will give people a ride,” Daniel said. During ride-alongs, passengers either scream or have an everlasting smile, and they always come back. The events are family friendly, and for Daniel, seeing his six daughters, son and grand babies enjoy drifting is one of the best highlights.

Daniel looks forward to entering the first competition of the year with his friend Hugo Areias and his maroon 2016 Mustang. Larger competitions are on the horizon, he said, and his bucket list goal is drifting the Texas Motor Speedway.

As a member of Oklahoma’s drift organization, Full Lock Drift, Daniel is a part of a tight-knit drifting community that looks out for one another at events and helps beginners. He said anyone can get involved by attending drifting events.

“That’s the coolest thing about Full Lock Drift, it’s really like a big huge family,” Daniel said. “For anyone that’s new to drifting, find a cheap car that you don’t mind tearing up and just go for it. Get as many laps as possible.” 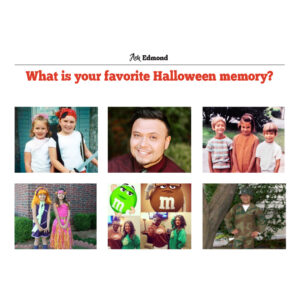 by Edmond Outlook
What is your favorite Halloween memory?
Read More  >

by Maggie Murdock Nichols
Have your cake and drink it, too
Read More  >