Katie is a sassy little girl who loves to tell jokes, sing songs and yodel. Her big round head is topped with fluffy blond braids and she can open her mouth as wide as a watermelon when laughing or singing. She’s kind of a showoff. 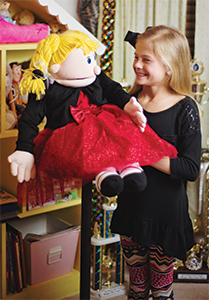 Next to the puppet, 10-year-old Darci Farmer, a fourth grader at Deer Creek Elementary, sits still as a stone. When Katie sings or speaks, Darci keeps her mouth closed. She’ll ask Katie questions, but what she’s really doing is setting Katie up to be a star. When it comes to performing, Katie may steal the show but the little girl working the puppet is the true talent.

Darci had her puppet for only two days before successfully auditioning as a ventriloquist for Edmond’s Got Talent in October. “It was hard at first,” Darci, a bubbly and outgoing little blonde girl, said. “I practiced ventriloquism—not moving my mouth—in the mirror all the time. I just had to work on it, work on it, work on it—and I got better and better at it.”

While Darci only had Katie the puppet for less than a month, the 10-year-old ventriloquist sensation won the entire competition. It was her first performance as a puppet master.

The Art of Speaking

Little Darci didn’t even know what ventriloquism was until last year. She was competing in the International Miniature Miss pageant in Las Vegas when she saw another competitor, 18-year-old Laryssa Bonacquisti of Texas, do a ventriloquist act with two puppets. Darci was mesmerized. After both Laryssa and Darci won their divisions, Darci caught every act Laryssa did while they were on tour together.

“My friend gave me tips on how to use my tongue and teeth,” Darci said. “I never took lessons. I just learned from her. I just really wanted to try it.” Misty Farmer, Darci’s mom, was surprised by her daughter’s interest, but encouraged her to practice. She went to look for a beginner puppet, and on Darci’s 10th birthday, Katie was unwrapped and welcomed into the family. “Katie’s really sassy, kind, sweet, ornery and outgoing,” Darci said.

In two days’ time, she had to practice with her puppet and come up with an entire routine, including a song. “We did Cowboy Sweetheart because it has yodeling in it,” Darci said of the competition, which was held this past November. “We won first place! One judge said I had a great personality and strong pipes.”

Darci is one of those little girls who has a bit of magic inside her. Whatever she does, whatever she sets her mind to, she seems to excel at. In addition to winning international pageants and mastering ventriloquism with a puppet in a matter of days, she’s an accomplished gymnast and an actress as well. 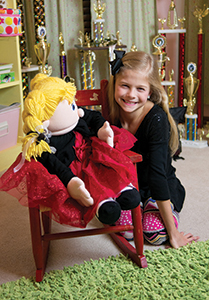 Unlike many “child stars,” she doesn’t seem to have an arrogant bone in her body. Quite simply, she may be good at everything, but she’s especially good at being nice. Her talents are natural, and even her parents are mystified by it. “I don’t know how she does it,” said Misty. “She’s very determined with big hopes and dreams for herself.”

Darci’s father, Clarke, said the magic formula that keeps Darci on top is simply support and faith. “Whenever she comes up with something she wants to try, we support her and we continue to support her until she’s not excited about it anymore,” he said. “We have a very strong faith in Christ, and we hope she recognizes that Christ is where her talent comes from. We keep her grounded at home and at church.”

In light of that faith and grounding, Darci and Katie are planning to entertain with their act at preschools, churches and hopefully retirement homes. Darci will compete in her school’s talent show next year, but her dreams go farther than puppets and talent shows.

“She’s a very good gymnast and she wants to be in the Olympics,” Misty said. “Katie is a fun friend for her right now. Ventriloquism makes people smile, and that’s a great talent to have.” 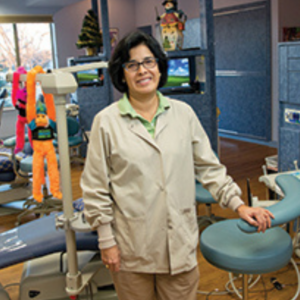 by Amy Dee Stephens
If taking a child to the dentist isn't high on your fun list, then you haven't met Dr. Martha Garzon.
Read More  > 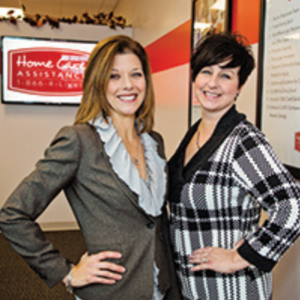 by Morgan Day
At Oklahoma's Home Care Assistance, experienced and compassionate healthcare professionals are dedicated to giving aging seniors the attention and personal care they need in the comfort of their homes, allowing seniors to age in place.
Read More  >