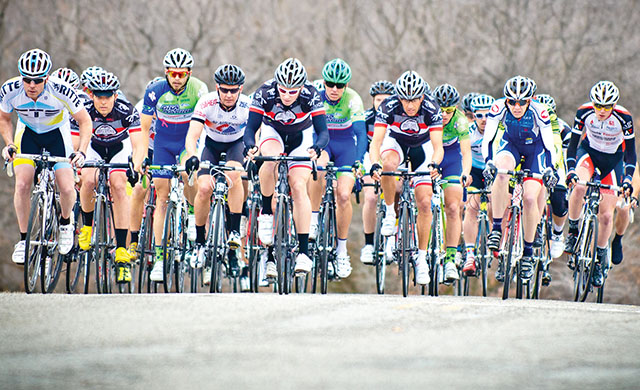 If you were to ask Terry Storch,
Rob Bell, and Brian Russell why they enjoyed competing in bicycle racing, you
would get three different answers with the same message—camaraderie. “I love
cycling because it is an amazing workout without major impact and strain on my
body,” says Storch. “Years ago I enjoyed running, but had to give it up because
of the impact on my knees and back. Cycling is much more forgiving.” 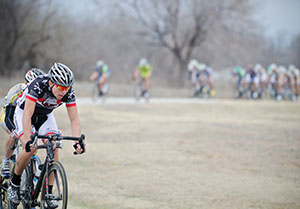 “When I was first starting out,
it was really hard for me to lose to my teammates,” says Bell. “When it came to
the race, I was in it for myself and would do what it took to win, even if that
meant chasing my own team. I quickly learned that racing was a lot more
enjoyable when you focus more on the team aspect and less about yourself. When
you sacrifice your own finish to get your best friend across the line first, it
means so much more to you.”

Russell pipes in, saying, “When
I moved to Edmond in 2009, I was excited to learn that my next door neighbor,
Terry, was thinking about getting into cycling. I don’t think either one of us
had really been bike riders since childhood, but there was something appealing
about taking up such a low-impact, yet highly beneficial exercise routine.
Having someone else nearby who was committed to developing a healthier
lifestyle was very helpful.”

Team Undiscovered was created in
2005 by Brian Parks and Judson Copeland who attended Oklahoma Christian
University at the time. According to Storch, the pair simply wanted nice
bicycle jerseys and shorts, but realized early on that in order to afford it, they
would have to buy in bulk. And just like that, Edmond’s very own racing team
was started. 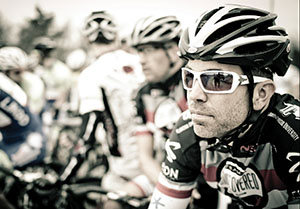 While the health benefits of
racing are readily apparent, there are other, less obvious benefits. Storch
says that it helps his mental health. “Cycling allows me to get away from a
busy, fast-paced life and unplug with a great hobby. When you’re on the bike,
it’s hard to check email, respond to text messages and take phone calls. So for
me, it creates an environment where I can disconnect from the world and allow
my mind and body to relax—it’s a major stress relief.”

Russell attributes his weight
loss to his racing friends, saying, “Having achievements to shoot for—the next
race in the season, or simply the desire to be able to keep up with those on
our team in higher race categories—was motivation to exercise more than I had
at any other point in my adult life. Due in large part to the encouragement and
camaraderie of my fellow Team Undiscovered racing friends, I have been able to
lose 45 pounds and feel more fit than I did even ten years ago.”

In addition, Bell sincerely
appreciates the group’s spiritual foundation. “Our team was founded on
Christian values and we provide accountability to each other to make sure all
of our riders present themselves in a manner that we are proud of. Multiple
riders donate their winnings to local non-profits as a gesture to a local
community that has given so much to us.”

The team practices together
every week as a group, for both safety and socializing purposes. They race
every weekend between February and September, through Oklahoma, Arkansas,
Texas, Kansas and Colorado.

For more information on the
group, please visit their website, teamundiscovered.com. 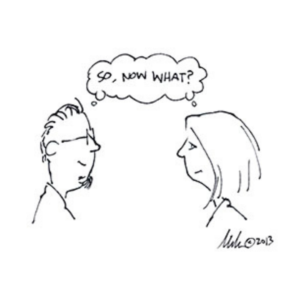 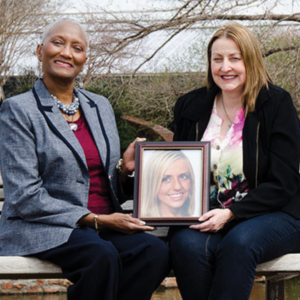 by Gina A. Dabney
Former strangers, Agnes Bullion and Colleen Sjostrom are now friends through the gift of organ donation.
Read More  >