For more than 20 years, Doug Watson has brought the humor, wisdom and history of “America’s Favorite Son” to schools, libraries and stages around the nation.

Portraying humorist, writer and performer Will Rogers for children and audiences meant sharing Will Rogers’ history, making audiences laugh and think, but it also kept the memory of one of America’s most talented performers alive. 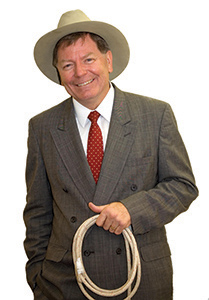 Now, with Rogers’ birthday looming on November 4th, Watson says it’s time to put up the battered hat and cowboy rope and retire. But then again, he said, maybe not.

In his day, Oklahoma native Will Rogers was the top radio star, movie star, public speaker and newspaper columnist in the country. A talented cowboy, Rogers was also a humorist and novelist who gave liberally to charities around the world.

Rogers’ vaudeville rope in the Ziegfeld Follies earned him success and many movie roles, but his 1920s syndicated newspaper column and his radio appearances increased his popularity. Rogers was famous for his down-home anecdotes and folksy style; he’d poke fun at gangsters, prohibition, politicians, government programs and a host of other controversial topics in a way a national audience loved without offending anyone.

Watson grew up hearing stories about Rogers from his father, but he, like many contemporary Oklahomans, wasn’t that knowledgeable about the man. Watson earned his PhD in English and began teaching at Oklahoma Baptist University in Shawnee in 1980, specializing in American literature and poetry.

“In 1990, I got something in the mail to apply for a summer job doing historical characters through the High Plains Chautauqua Association,” said Watson. “They were looking for people to portray 19th century American authors.”

For many summers, Watson portrayed Scarlett Letter author Nathanial Hawthorne and Red Badge of Courage author Stephen Crane, traveling 10 weeks at a time performing under big tents or in libraries. In 1997, he and five others formed the National Chautauqua Tour and built a series based on American humorists.

“They said, ‘Hey, you’re from Oklahoma. Why don’t you do Will Rogers?’ I started without knowing much about Will, but over six months I did a lot of research and reading and discovered Will Rogers was a genius,” said Watson. “I performed as Will in New Hampshire, Nevada, Florida, Delaware, Maryland… so many places. It was such fun. What I discovered was that it is a lot of fun to make people laugh.”

Being from Oklahoma brought additional opportunities to portray the legend in state. Watson began performing in schools, at events and even for corporations. “I tried to use Will Rogers’ actual material and I chose that which sounded the most contemporary,” said Watson. “He was so successful because he spoke on universal issues we all relate to. I attribute all my success to Rogers’ own genius with language.”

His performances grew in popularity. In 2006-2007, leading up to Oklahoma’s centennial, Watson performed in close to 300 schools, but also in surrounding states.

“What I discovered is that everyone loved Will Rogers. In the beginning, I met people who actually saw him on stage. Then I met people who remembered their parents weeping when he died in the crash,” said Watson. “Nowadays, I don’t hear comments like that. When I go into schools, I expect it when young students don’t know Will Rogers, but what surprised me is when teachers didn’t know him either.”

Keeping the memory of Rogers alive is what keeps Watson going. “It makes me realize that it’s hard for anyone to sustain a strong influence over a long period of time,” he said. “He was so willing to engage an audience. When Will performed, he would sit on the edge of the stage and try to get the audience to talk. I’m convinced he loved people and liked conversations on differing views.”

After decades of performing as Will Rogers, however, Watson said it’s time for someone else to take up the mantle. “Will Rogers died when he was 55. I figured that’s when I should retire too, but now I’m 69,” said Watson. “I like to think that I’m a better person by virtue of association with Will Rogers. I certainly have a better sense of humor and I’m much more willing to talk with people. It was an honor to be Will.”

Although retiring, Watson said his favorite man may still make a rare appearance on occasion. “I can see doing Will in the future, maybe for older audiences,” he said. “I hope someone picks up the idea and realizes what a genius he was. It’s been a great ride, and I’m the luckiest person in the world to have had the opportunity to do this and share Will Rogers with so many.” 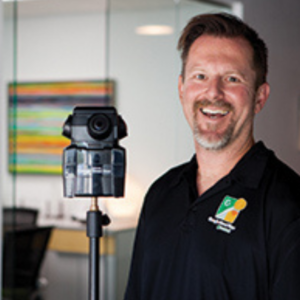 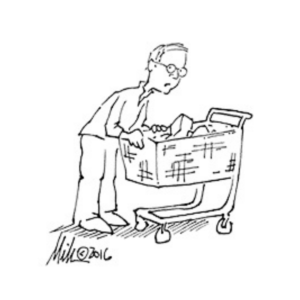 November 2016, In Other Words with Dave

by Dave Miller
What happens when you accidentally take someone else's cart in the grocery store...
Read More  >