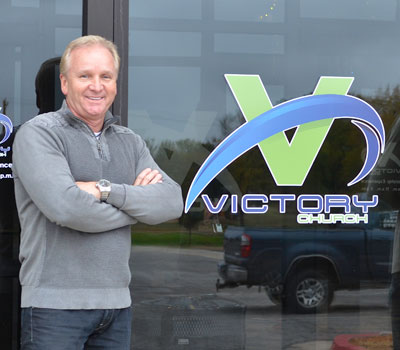 More than 18 years ago Pastor Mark Crow believed God was directing him to start a church in Oklahoma. But a months-long search in Edmond for lease opportunities proved unfruitful. “Literally four weeks before we left south Texas, Putnam City offered us their original high school to begin Victory Church,” said Crow. As the church began to grow, relationships formed with pastors from local churches including Craig Groeschel of LifeChurch.tv and Marty Grubbs of Crossings Community Church. These relationships just fueled his initial direction to be in Edmond.

“Craig, Marty and I have talked over the years about Victory Church coming to Edmond. One thing that makes America wonderful is the different expressions of worship. The reason we came to Edmond is that I strongly believe we’re supposed to be here,” said Crow.

Jon Chasteen, Edmond campus pastor, leads the staff under the direction of Crow. “I attended Victory Church in Warr Acres when they asked me to oversee the Edmond campus. I laughed because as a preacher’s kid I had no plans to go into the ministry. I was vice president at Southwestern Christian University and pursuing a doctorate degree. After I prayed about it, I knew this was where God wanted me,” said Chasteen.

Victory Church believes in great music and stylish decor that’s relevant to today’s generation yet it doesn’t define who they are. “At the end of the day it’s about changing people’s lives. One of the coolest things about Victory is we love through whatever they’re going through. If we can do our part, then God will do his part. Being in Edmond is part of our passion for people,” said Chasteen.

The Edmond campus had their first services October 16 and more than 800 people attended. “Our first weekend about 400 from our (Warr Acres) campus came because they actually live in Edmond. There was a need for us to be here,” said Chasteen.

Since its inception, Victory Church has been involved in the community through various avenues. One way is through tutoring underprivileged children weekly in five different government-subsidized housing locations. “We’re establishing relationships within the community,” said Crow. “To us, church isn’t Sunday. It’s everything we want to be, seven days a week.”

Pastor Crow described the heartbeat of Victory Church. “We figure that love covers a multitude of sin. If we love enough for a lifetime, the responsibility for people is still in the hands of God,” he said. “My job is to love, bring hope and enough scripture that pathways are illuminated. Whatever God wants to do, my responsibility doesn’t change. We’re simply bringing another pair of arms to Edmond to say we love you.” 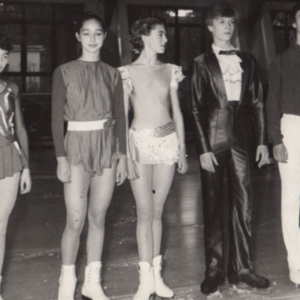 by Erica Smith
“I am a dreamer. I am an athlete.” That’s how Kazakhstan native and ice skater Dmitri Logoutine describes himself. He’s also a successful businessman, recently opening three rinks this year alone, including Edmond’s very own Outdoor Ice Rink at Festival Market. But Logoutine’s journey started back when he was a teenager. At the young age...
Read More  >