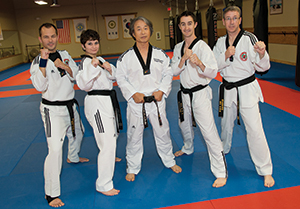 Grandmaster Kim could easily be the main character of a Tae Kwon Do movie.  His life story and physical prowess are both astounding.

“He’s a 62-year-old, 9th degree black belt from South Korea who moves like he’s in his twenties,” said Eric Harris, business and teaching partner at Dragon Kim’s Tae Kwon Do and Fitness. “He’s extremely strong and fast.  I can hardly keep up with him at 29. He’s a living testament to the physical benefits of a lifetime of Tae Kwon Do training, but more importantly, he’s a phenomenal instructor. When it comes to teaching traditional Tae Kwon Do, he’s the real deal—as good as it gets.”

According to Harris, despite his toughness, Master Kim creates a warm atmosphere that allows individuals and families to train together.  Harris should know—he trained under him for many years before the two became partners.  “Master Kim and all of our certified teachers stress the Korean culture of mental skills as much as physical skills:—respect, discipline, self-control and perseverance. Training in Tae Kwon Do will naturally help students to develop coordination, speed, balance and power, but we focus just as much on developing young men and women of character,” said Harris. “We see progress in everyone—from the kid with an attitude who needs discipline, to the shy kid, like me, who gains confidence.”

At Dragon Kim’s, individuals of all ages can attend fitness classes, although they’ve seen an increased interest from the 40s to 60s age group.  It’s never too late to start, each person advances at his or her own pace, or, as Master Kim says, “little by little.” Although Master Kim’s specialty is Tae Kwon Do, which means “the art of hand and foot,” the newly-opened fitness school located near 2nd and Coltrane, offers training equipment and techniques uncommon to other facilities. “We have beams for footwork and speed drills, stretch bars, knuckle training, and a gym for parents to use while their children attend classes,” Harris said. “We tried to design the premier martial arts facility in Oklahoma.”

Harris, now a 5th degree black belt, grew up attending martial arts classes with his parents and has been an instructor since the early 2000s. He is honored to share the traditions he’s learned from Master Kim—who has become part of his family. “He has a really generous, caring personality. He treats me like a son. Actually, he treats all his students like his children. They love him.”

For more information, call 341-1016, view their website at DragonKimsTKD.com or stop by their location at 2600 E. 2nd Street in Edmond. 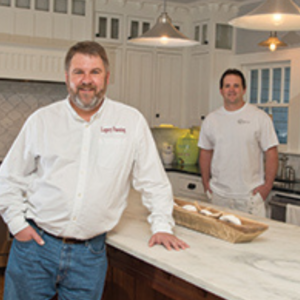 by Austin Marshall
Tired of your house looking lackluster? You would be surprised at what a simple painting update can do to the look of a home.
Read More  > 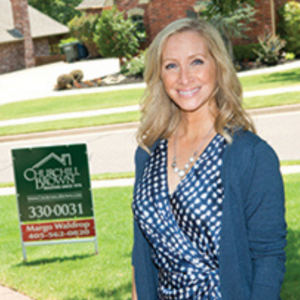 by Lance Evans
The Kingston family was in a dilemma.
Read More  >