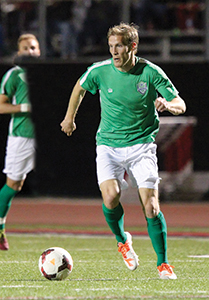 Fans won’t have to look far to see the club’s efforts to integrate itself into the community: its name, Energy, is synonymous with Oklahoma’s vibrant oil and gas industry, and its team logo is adorned with the state’s motto, Labor Omnia Vincit—Latin for “Work conquers all.” If the state’s reception of other professional sports franchises is any indication, Energy FC can expect a dedicated and enthusiastic following in the metro and beyond.

Energy FC features Edmond native Steven Perry, who was added to the club’s roster earlier this year. Perry is thrilled to be playing in his hometown. “It’s awesome, and I am really excited. It really feels like nothing’s changed…I absolutely imagined Oklahoma City having a professional sports team growing up.” Perry played with Royals FC in his youth, and then joined Padova ‘89, a youth soccer club in northwest Oklahoma City. Perry, a graduate of Bishop McGuinness Catholic High School, played his first professional game on the campus of his alma mater. Having a native son playing for the club is sure to capture the interest of sports fans and may even draw some first-time soccer fans to the club’s matches. 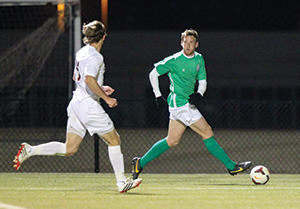 Oklahoma not only has a well-known affinity for all things American football, but also has a wildly popular network of youth soccer clubs. As many as 30,000 children play organized soccer in the metro area. Soccer fields in Deer Creek and Edmond are some of the busiest communities during soccer season. Energy FC plans to tap into this enthusiasm by partnering with youth clubs throughout the city. John Allgood, Senior Vice President for New Business Development at Prodigal, which manages Energy FC, explained that the club has relationships with youth clubs in Edmond and several other suburban areas of Oklahoma City. “We chose to be inclusive rather than exclusive,” Allgood explained, noting that the club has plans to work with several charities throughout the Oklahoma City area. Community service clauses are included in player contracts, Allgood added, but the players have shown plenty of initiative to help out in the metro area. The club will also work with area YMCAs to encourage youth participation throughout the season, making significant efforts to identify itself with the Oklahoma City community. 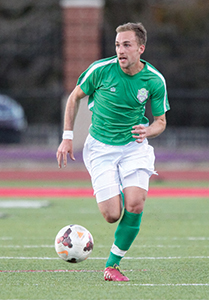 Energy FC’s arrival in the Oklahoma City sports market is the result of the team at Prodigal, Oklahoma City’s largest sports and event management company that also manages the Oklahoma City Barons hockey franchise. Allgood explained the management company was approached three years ago by the United Soccer Leagues about interest in an Oklahoma City expansion club. “About a year and a half ago it all came together for us. We were proud to announce this past summer that we were bringing a USL-Pro club to Oklahoma City,” said Allgood. Operating the Barons has served Prodigal well and showed the company that Oklahoma City fans expect winners. And the fans have done their part so far—preliminary reports show at least two sections of seats for the club’s home games are already sold out.

The club will host its regular season home games at the Bishop McGuinness Catholic High School’s Pribil Stadium. Tentative plans are underway for a soccer-specific facility, which is a prerequisite for Energy FC to join Major League Soccer. The club’s management is not shy about its ambitions for a MLS team, either. Energy FC has received plans for a 7,000-seat, soccer-specific facility that could be expanded to accommodate up to 20,000 fans. The team’s management understands that success is measured in wins, not losses, and that future expansion efforts may only be realized if the club’s performance is worth the price of admission.

Oklahoma’s sports fans are known to reward success with galvanized support. If Energy FC can enjoy the same success as other Oklahoma City sports franchises, the future may be very bright for soccer in the metro area. While it may be off in the distance, it’s never too early to start imagining the construction of Oklahoma’s first soccer-specific sports arena. Here’s hoping that this is just the start of a very rewarding relationship between Energy FC and the state’s soccer fans. 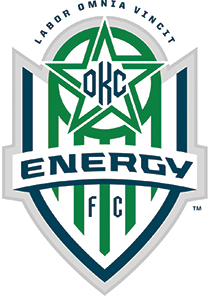 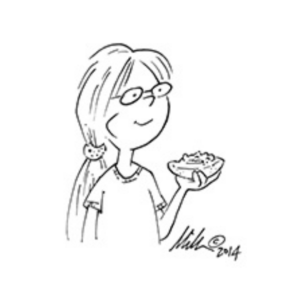 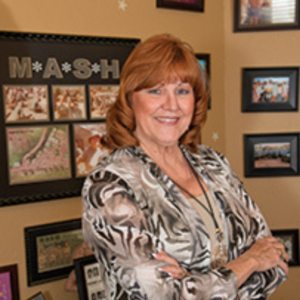 by Heide Brandes
Stuntwoman Mary Peters-Scannell has been kicked, tripped, pushed and more during her career in Hollywood
Read More  >