April brings a birthday to my son, Jay. Each year, we celebrate in some way. Sometimes it’s outlandish, like a limo ride to Sonic, and other times it’s a family party at home. Last year we celebrated in NW Arkansas so Jay could be with his brother, Aaron.

Given Jay’s preference for games, we had cake and presents at Chuck E. Cheese’s but some unexpected fun happened later at the Saturday night dance at the Bella Vista American Legion. My kids know I love Golden Oldies music so I was excited to hear the rock and roll band.

As we walked inside, they were singing Happy Birthday to an elderly lady. Jay thought it was for him. I told the woman selling tickets it was his birthday. She passed the word along. A few songs later, the lead singer announced that it was Jay Jones’ birthday and would he please stand up. Oh my, what fun! Jay stood. The band sang then the guy said, “And Jay needs a lady to dance with him!” Up jumped a woman from a table and grabbed Jay’s arm and pulled him onto the dance floor. My smiling son “rocked and rolled” and loved it.

During the band’s break, one of the entertainers sat at our table and got acquainted with Jay. When he got back onstage he announced that they wanted to celebrate with Jay again and got the whole crowd singing and dancing to “It Makes Me Want To Shout!” That place was rocking! Jay loved it and was pumping his arms in the air along with the crowd. What an unexpected birthday surprise!!!

But here’s the best part. I saw my son with Down syndrome loved and accepted by people who didn’t even know him but held no prejudice whatsoever. Jay wasn’t the only one having fun. Everyone was having a ball while interacting with him and watching the joy on his face. Isn’t that the way life is supposed to be? And no, I have no idea what this year’s celebration will hold, but I know it will be fun. 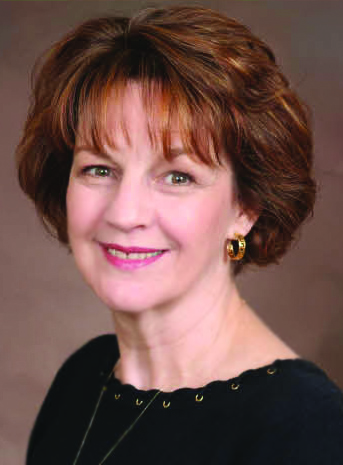 Louise Tucker Jones is an

founder of Wives With