Nel and Dorothy know the true
meaning of forever. The BFFs (best friends forever) have seen each other
through just about everything—school, love, marriage and even death. This duo
proves that the idea that a friend for life can actually be a dream come true. 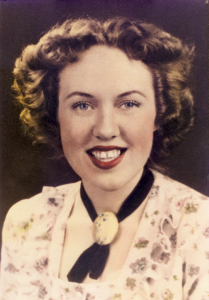 In 1930, Nel Francis and Dorothy
Loper were two of a kind. They instantly gravitated towards each other in their
second grade class and bonded due to their families’ financial status. “We were
the poor kids at school,” said Dorothy. “We might have been the two poorest
girls in the room,” added Nel. “That was 1930—the Great Depression.” The girls’
fathers both lost their jobs and both families were trying to deal with the
financial hardships of the ‘30s.

The friends would come to lean
on each other throughout their adolescent years. Although the girls were able
to form an instant connection, they both said that it was their differences
that continued to draw them together. “We just liked each other. We’re not
exactly alike—we’ve got differences,” said Nel.
After looking at pictures of Nel and Dorothy throughout the years, you
can instantly see the physical differences between the two. Nel’s pale skin
complimented her fiery red hair while Dorothy’s blonde locks delicately framed
her face. One of the main differences
between the girls’ families was their religious background. Initially, Nel’s
family and Dorothy’s family attended different churches.  With a little encouragement from Nel,
Dorothy’s family decided to begin attending the same church and both families
started to become acquainted, finding common ground in their economic
circumstances. After spending time with her new friend’s family, Dorothy said
that she instantly felt like part of the family. “I was always welcomed and
accepted,” she said. 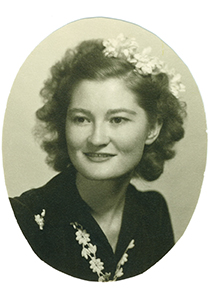 Both families survived the Great
Depression, but the girls would soon find another obstacle to tackle as they
became young adults. On December 7, 1941, Pearl Harbor was attacked and the
entire country prepared for World War II. The girls found themselves physically
separated by the events and their friendship would be tested by war, distance
and time. Dorothy went on to work at a military hospital while Nel traveled to
Kansas to work. “We didn’t see each other very much during the war,” said
Dorothy.

While being separated for years,
Dorothy and Nel would write letters to stay connected and keep their strong
bond. Both ladies believe that their longtime friendship has a great deal to do
with their consistent communication. “We never had a time where we were angry
and didn’t speak,” said Nel. “During our whole lives, we’ve never been out of
contact with each other. How are you going to be friends with someone if you
don’t stay in touch with them?”

After the war, Dorothy and Nel
both got married and their husbands also found time to become friends.  Dorothy found a partner in Edward Loper while
Nel took interest in Walter Francis after meeting him in church. “When the war
was over and we all got together again, all four of us really enjoyed each
other,” said Nel. “Ed and Walter became the best friends you ever saw.” The
similarities between Dorothy and Nel’s lives continued as the years passed.
They both went on to have four children and they both provided a shoulder for
each other after losing their husbands. Three weeks after attending the funeral
of his best friend Walter Francis, Dorothy’s husband Edward Loper also passed.
“It was a tough time,” said Nel. 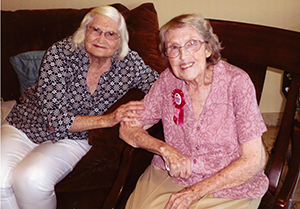 Today Dorothy, 90, and Nel, 89,
are still friends and talk on the phone often. “She’s the best friend anybody
can ever have,” said Nel. Dorothy currently lives in Texas while Nel still
resides in Oklahoma. The two recently got together for Dorothy’s 90th birthday
and were able to catch up on old times. Although the BFFs are looking forward
to spending more years together, they both feel like they’ve already made their
forever. “Most of the people that write BFF don’t really know what forever is,”
said Nel. “We feel like we’ve actually been around forever!” 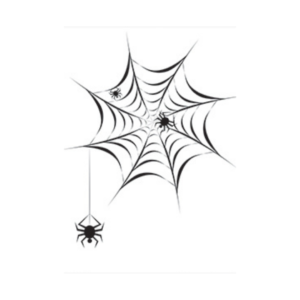 How to Make Your Halloween Party Scary Good!

by Maggie Cannon
Tips and tricks to have the spookiest Halloween party ever!
Read More  > 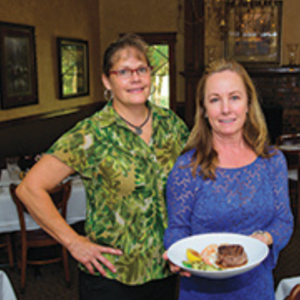 by Laura Beam
Atop one of Oklahoma County's most scenic hills in northeast Edmond, the grandeur of Twelve Oaks Restaurant captivates you at first sight����"���and first bite.
Read More  >