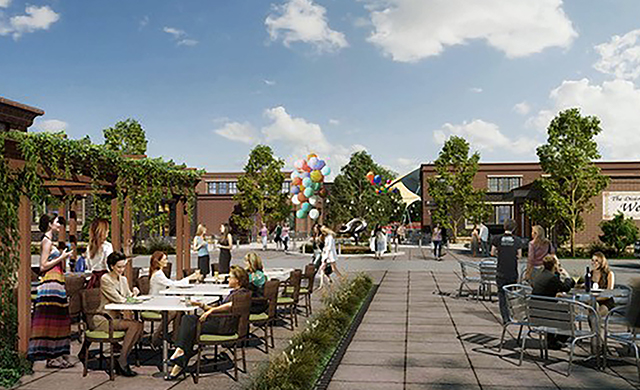 Those working to revitalize downtown Edmond have long wished to beautify the gateways into downtown. Specifically, the intersection at Edmond Road and Broadway. From the south starting at Fifteenth and from the west beginning at Kelley. These two corridors approaching Edmond Road and Broadway may be the most aesthetically challenging in the City of Edmond.

The challenge comes primarily because of a history of open-display zoning and lack of building approval processes. The City of Edmond has been clear it would like to see changes in the business make up in these areas and is now attempting to regulate land usage on major thoroughfares. This is a start; however, it will take years to accomplish the goal of beautification of these entrances to the downtown through government regulation.

A second approach in addition to government regulation is for developers and community leaders to improve the areas by the concept referred to as “highest and best use” which literally changes the uses of the property. By increasing the value of the land near a venue, property owners will no longer be able, or wish, to lease or operate uses inconsistent with the area.;

Two local developers are doing this work to change these corridors. I have written about the developments on Broadway and Fifth Street started by The Grant Group. Now trees are being cleared, dirt is being turned, and plans are becoming clear on the corridor between Kelley and Broadway. Neil McGee is leading an effort at 444 W. Edmond Rd between Christie’s Toy Box and Barrett Drug on Edmond Road.

McGee is transforming this 4-acre property into a mixed-use, urban, walkable development they are branding as The District at Westbridge Pointe. The goal of this new development is to build “community.” By definition urban developments focusing on community bring people together for entertainment and work near where they live. When complete, The District at Westbridge Pointe will be comprised of 14 buildings ranging from 3,000 to 4,440 square feet of retail, restaurants, bars, and offices.

Architecturally, the buildings will be constructed of brick and be urban-warehouse-style buildings that will surround common areas containing an outdoor stage, courtyard, and water feature.

McGee has compiled an experienced and talented team for the development. Randy Stafford of Prosperity Bank is providing financing for the project, Dean Koleada of KBGE/CEC is providing engineering services, and Tom Small at Small Architects is providing design assistance. This is the type of development and amenities the citizens of Edmond have requested and several local investors/developers are stepping up to deliver. In doing so, the entry corridor will certainly be more inviting to our downtown area.