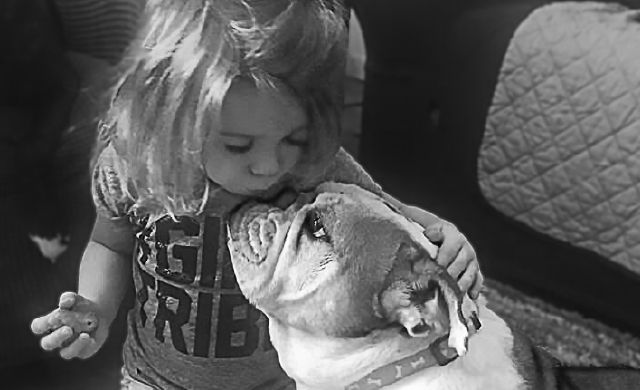 Tornado Alley Bulldog Rescue will host its first ever Bad to the Bone Dog Show at 10 a.m. Saturday, April 21, at Canine Sports Academy in Norman, and all dogs are welcome to participate in six different dog shows taking place throughout the day.

“We just want everybody to come out and have some fun,” said Stevie Easter, president of Tornado Alley Bulldog Rescue. “And we want to make sure people understand the fundraiser is for the bulldogs, but we want every breed represented. We want to see every breed out there — the small ones, the big ones, the hairy ones and the bald ones.”

The organization, which formed in 2012, rescues, rehabilitates and re-homes English bulldogs across Oklahoma, Arkansas and New Mexico, and members are excited to kick off what they anticipate to be an annual fundraiser to pay the organization’s vet bills and supplies.

“This will also help pay for food provided to fosters since we provide food, crates, bowls, collars and leashes — everything — and the daily expenses of having a dog in rescue,” Easter said.

Pets and their owners can take part in dog shows for the following categories: best costume, best vocal, best smile, best tail wag, handicapable/seniors, and doggie/owner look-a-like. Winners in each category will receive a prize, as will the winner for best in show.

Easter hopes the fundraiser will make Tornado Alley a more recognizable name in the community and shed light on their cause.

“Mainly we just want to reach as many people as we can and let them know that we’re here,” she said. “Even after almost five and a half years, there are still people out there, who, when you mention Tornado Alley Bulldog Rescue, they say ‘There’s a bulldog rescue?’ There’s still that stigma out there that bulldogs don’t need a rescue. So a lot of it is outreach and letting people know we’re here, that we exist.”

The fundraiser will feature a silent auction and raffle items donated by BarkBox, gift certificates to local restaurants and pet food supply stores. Snacks and beverages will also be sold.

by Louise Tucker Jones
April brings a birthday to my son, Jay. Each year, we celebrate in some way. Sometimes it’s outlandish, like a limo ride to Sonic, and other times it’s a family party at home. Last year we celebrated in NW Arkansas so Jay could be with his brother, Aaron. Given Jay’s preference for games, we had...
Read More  >