Every teenager with a guitar or
a set of drumsticks has had dreams of being on stage—with the bright lights and
the roar of an audience cheering for their original songs. 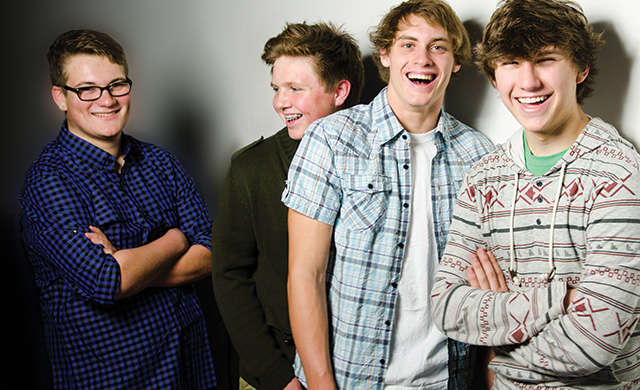 They dream of camaraderie with
bands they’ve idolized, the thrill of playing city after city, and the
unforgettable adventures on the road between shows. But, like athletes with
hopes of going pro, high school musicians rarely get to live their dreams.
Fortunately for an Edmond quartet, At Long Last, this is not the case.

At Long Last formed in 2008,
when most of the members were only 12 years old, and their band is a rising
star. Their debut album, Let’s Get to the Point, hit iTunes in August, and the
band spent a good chunk of the summer touring the east coast with well-known
pop-punk band Forever the Sickest Kids. Last month, in perhaps the biggest show
of their career to date, At Long Last opened for The All-American Rejects. This
was an especially significant milestone because the second song At Long Last ever
p