If a camera is a mirror with memory, then memories captured by Brett Deering are being shared with a lot of people. His work has appeared in The Washington Post, Inked Magazine, The Wall Street Journal, USA Today and TIME Magazine, and he’s a regular contributor to Getty Images.

He’s a freelance photographer, taking assignments from a wide range of publications, corporations and other entities — whoever approaches him with a con 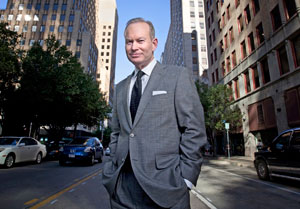 tract. Deering can be schlepping his cameras around a movie set one day and scouting 30 picturesque urban basketball goals for The New York Times Magazine the next.

“Location photography, which is primarily what I do, is a series of problem-solving,” he relates. “There’s always something that comes up.”

A shoot for a corporate client required Deering to take pictures in an environment filled with shiny glass surfaces, and strobes were bouncing off of everything. That presents a challenge to a photographer whose goal is not to appear in any reflections. “It was really good,” he recalls. “I learned a lot by just having to figure things out.”

On bigger shoots, Deering employs an assistant. “Sometimes, I have 15 minutes with a client, but I need an hour-and-a-half of setup time,” he says. “An assistant is wonderful for that.”

Although no assignment comes without challenges, he gets a break when his subjects already know the drill. “It’s always nice when you work for somebody who’s been in front of the camera before. They make your job really easy,” Deering relates, referring to past photo subjects like Oklahoma City Mayor Mick Cornett and actress Milla Jojovich. “You could throw a camera at her and it would take a great picture,” he says. And at other times, “there’s lots of adversity and lots of things that you have to deal with and you can’t let those things bother you too much. I mean, it’s just part and parcel; it’s part of doing business.”

But there’s plenty of room for Deering to love what he does. “Even people who are not professionals, who enjoy it or are willing to be engaged by me and just have fun with it, it tends to be a blast,” he said. “Having a rapport with your subject is extremely important, at least it is for me and the kind of photography that I do.”

Doing freelance can give a photographer a measure of freedom, but the downside is the lack of a steady paycheck and the responsibility of running the business solo. Deering says, “Taking photos is actually a small portion of what I have to do as a freelance photographer.” His job also includes office work, promotion, public relations, bookkeeping and even janitorial duties. In that aspect, he’s a one-man show.

“The advantages are manifold. The images are mine; when you work in a staff position, the images don’t belong to you,” he explains. “Being freelance, you don’t usually have a conflict of interest with clients… but it can be scary, too. Sometimes, it’s like feast or famine. It has been in the past.”

After graduating from Edmond Memorial High School, Deering was already interested in photography when he started pursuing a journalism degree at the University of Central Oklahoma. However, a beginner-level photography class taught by well-remembered professor Woody Gaddis convinced Deering that taking pictures was what he wanted to do with his life.

Deering started attracting larger publications when he joined professional organizations including the National Press Photographers Association, the American Society of Media Professionals, and Advertising Photographic Artists. “Those organizations pay for themselves with one phone call, so it’s been worth it,” he says.

By subscribing to photography databases, he’s been able to reach out to some commercial and higher-end editorial clients who wound up using his work. If a potential client sees Deering’s email promo and clicks through his site, he might send them a postcard-sized physical copy of the image from the promo to further entice them.

As he’s progressed, larger clients find him through word-of-mouth, and, if a story is successful, he’ll get called back for another job. At this point in his career, he sometimes has as many as 20 assignments in one month.

Photography can be lucrative, and the reason is simple: articles need photographs. “The advent of the photograph in the newspaper is what made newspapers into the bigger business that they became,” Deering says, explaining that when most people stop to look at a newspaper, it’s because the photo grabs their attention. The importance of photography is not waning as the Internet becomes a vital medium for journalists. “Look at the Web,” he says, “it’s awash with images.”

To see some of Deering’s albums, go to www.brettdeering.com. 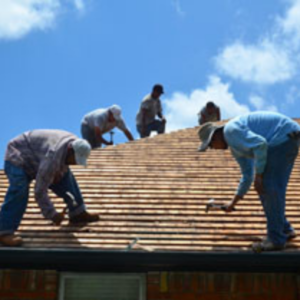