ARTS: Her Throne Was Magic

The light filters down through
the trees in a golden glow, bathing the young queen on her throne with
luminosity as she holds court in the grass to an adoring crowd of stuffed
animals. 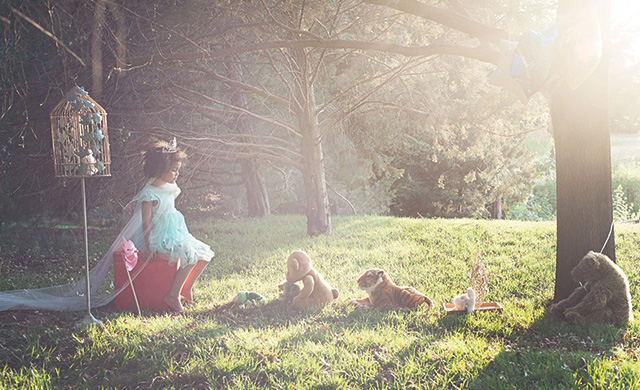 She’s a benevolent queen,
well-loved by her subjects who gaze up at her with button eyes and furry faces.
At least, that’s what Edmond photographer Brittany Johnson envisioned with her
photograph, “Her Throne Was Magic.”

The photo is magic too. After
Johnson submitted the photograph for director and producer Ron Howard’s
“Project Imagination,” world-renowned fashion designer and director Georgina
Chapman chose her submission as the basis of a short film she will direct.

For the Edmond resident, being
part of the new national short film project was as magical as the subject of
her photo. “It’s pretty unbelievable,” said Johnson. “After I saw a banner ad
about the contest on YouTube, I submitted the photo. I got an email months
later that said I was picked, but I thought it was a fake scam, because they
asked for my social security number. I had been a victim of a scam recently, so
I sent back a nasty email and told them it wasn’t funny.”

She also called Canon USA, a
partner in the “Project Imagination” contest and the “Long Live Imagination”
initiative with Ron Howard. “They made it clear that the email was legitimate.
I was chosen. It was quite an amazing feeling, and I really didn’t know what
would happen next,” Johnson said.

The contest accepted photos for
ten themes. After the first round, each theme narrowed the field to 30 photographs
to be voted on by the public. When the field was down to 10 photos in each
theme, celebrities like Jamie Foxx, Eva Langoria, Georgina Chapman, James
Murphy and Twitter-founder Biz Stone chose the winning photos.

Johnson’s photograph, which features
her friend’s daughter as the subject, was a winner in the character theme. The
photo will be made into a short film and will be featured in the Project
Imagination Film Festival this summer. Overall, ten films will be made—five
directed by celebrities and five directed by aspiring, undiscovered directors. 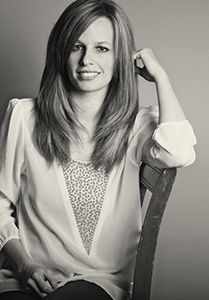 Johnson, who lived in Norman but
moved to the small town of Crescent when she was a teen, found her love of
photography while exploring the outdoor world of dogs, cats, cows and landscape
on her grandparents’ farm. “I was surrounded by country and I was an only
child. I would daydream all day. I ran around and caught frogs, and I had a
huge imagination. I talked to myself in the woods,” Johnson said. “I’ve always
wanted to portray a world that we wished we lived in. I want to have magic in
my images and underlying meanings that you can take from it.”

Johnson started her own
photography business in Edmond two years ago, and she specializes in artistic
and portrait photography. Her passion is to change the world and she wants to
do humanitarian work in Africa through her photography. “I want to show the
world what’s going on there through images,” she said. “I want my photography
to have an impact, but also have a magical twist so you remember those kids in
the pictures.”

Project Imagination debuted last
year as a partnership between Howard and Canon. In its first year, more than
96,000 photos were submitted. Last year, Broken Arrow native Chris Wehner was
one of the winning photographers.