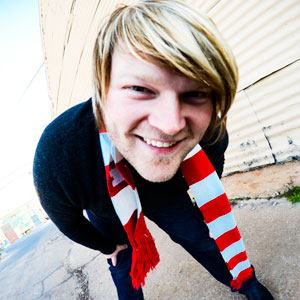 Getting married is difficult enough without fretting over minutia; that’s the territory of Justin Lawrence’s company, Adrenaline Entertainment. Lawrence wanted to offer brides a complete wedding solution so his company offers DJs, videographers and photographers. But this isn’t new territory for Lawrence. He started out as a DJ for fraternity and sorority date parties in 2003 while attending UCO. At the time, he worked at a music store and was familiar with PA equipment, so one day he bought some speakers and used his radio personality skills, honed by a regimen of broadcasting classes, to break into the business. “It was a natural transition for me,” he explains.

There are 13,000 weddings in Oklahoma each year, and, at one point, Adrenaline Entertainment was doing about 450 events annually. “The more weddings I did, the more well-versed I became,” he remembers. “I’ve been to 1,500-plus weddings. I can say, ‘This works really well’ or ‘This doesn’t work so good.’”
With all of these weddings come plenty of war stories, says Lawrence. Once, a bride’s dress flew up over her head while she was dancing with her dad to “Butterfly Kisses.” Ano