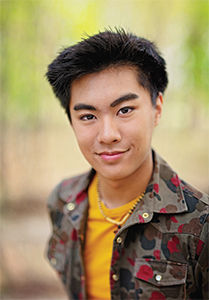 Michael Mandanas likes hanging out with friends, being on the debate team, and playing more video games than his mom would prefer. He’s a regular sophomore—except for two things. He’s logged more stage and screen time than most high-schoolers, and every bite he puts into his mouth can be dangerous.

For three meals and two snacks each day, Mandanas is threatened with a severe allergic reaction to certain foods. His symptoms start with an itchy, swelling throat that makes it hard to breathe.

Because the Mandanas family is on high alert, Michael has only experienced a handful of severe symptoms—but those were enough to make immediate life changes.

“We mostly eat at home. It’s safe because we have control over the ingredients,” Mandanas said. “We eat out some, but only if we’ve called the restaurant ahead of time. I talk to the chef about ingredients and which cooking oils are used, and I request clean utensils for my food preparation. Most restaurant managers are very knowledgeable and accommodating, but sometimes places don’t know how to deal with my request so they turn us away.”

Grabbing “fast” food is largely a no-go, and calling ahead is certainly inconvenient. No assumptions can be made from one visit to the next, since menus change constantly.

Food allergies also come with an emotional toll. Mandanas has encountered people who’ve reacted with annoyance or don’t take his medical situation seriously. He’s even been the victim of life-threatening bullying.

“In middle school, I had kids call me names and wave the foods I’m allergic to in front of my face. They stashed it in my locker. And these foods could make me die!” Mandanas said. So for a while, he stopped talking about it.

In the meantime, Mandanas’ interest in performing began to surface. As a young child, he was the “kid brother” who followed his older sister Ashley around while she auditioned. He accidentally landed a role in his first commercial at the age of three when the Oklahoma City Zoo needed a child to dress up as a bear, and he happened to be there waiting on his sister. Ashley was eventually featured in a documentary by the BBC New York, called My Life As a Child.

“He became very accustomed to having a video camera follow him around,” said Mandanas’ mother, Dr. Patrice Go-Mandanas. “Through the years, he appeared in a Barney episode, was featured in an OG&E safety video, and had a spot in a Christmas movie by the Screen Actors Guild.”

As he grew older, Mandanas joined the debate team, earned roles in Lyric Theatre productions, and began singing and playing music for various school and community events. This spring, he landed his dream role as the Cat in the Hat in Seussical the Musical.

On days when Mandanas isn’t feeling positive about his allergies, he relies on the humor of Dr. Seuss to keep himself grounded. “I’m lucky to be what I am! Thanks goodness I’m not just a clam or a ham or a dusty old jar of sour gooseberry jam.” 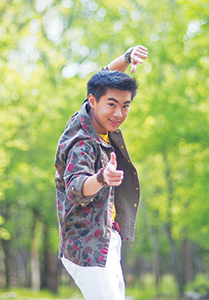 “Someone had to speak up, so that’s why I started on a journey to raise food allergy awareness,” Mandanas said.

Using his speaking skills, Mandanas began to campaign. He approached restaurant owners and lawmakers, wrote magazine articles and was granted a Food Allergy Week proclamation by the governor.

“Not in our wildest dreams did we imagine our son would take on the role of advocate,” his mother said. “He realized he needed to get out of his cocoon of fear and inaction to bring attention to the increasing epidemic of food allergies. I think his speaking, performing and writing skills have come together and bolstered his confidence to speak up.”

Mandanas recently attended the Food Allergy Research and Education summit in Washington DC, where he spoke to fellow teens, encouraging them to be diligent in their own health care and to read food labels religiously. He also had the rare experience of not being embarrassed at a restaurant when asking the chef for special accommodations, “Because everyone else at my table had to talk to him as well.”

Since then, Mandanas has spoken at various local events. His message to other teens is that kids shouldn’t be bullied or treated differently because of food allergies. During his presentations, he throws in some humorous poetry and shows his latest Michael Jackson dance moves. He talks about the “silver linings” of having food allergies: a protective family, healthy eating and deeply trusted friends.

“It’s easy knowing who my true friends are,” he said. “They are the ones willing to deal with my allergies, wash their hands and know what to do if I have a reaction.”

He encourages people to not be fearful of EpiPens, the epinephrine injector carried by those with severe allergies, nor to be hesitant in giving someone the shot if necessary.

“It’s basically adrenalin, so it’s not dangerous,” Mandanas said. “If you need it, you need it immediately. The instructions on the pen are fairly straightforward—remove cap and firmly stab into the outer thigh. It doesn’t really hurt.”

As Mandanas gets older, he’s taking more responsibility for his own health. His mother prays that her son will be safe at every meal, especially now that he’s traveling more and thinking about college. She’s very proud that he’s using his talents for good.

“I want to be someone who makes a difference in the lives of those with food allergies,” Mandanas said. “To borrow another quote from Dr. Seuss, ‘Unless someone like you cares a whole awful lot, nothing is going to get better. It’s not.’ Being comfortable on stage and on screen has given me the confidence I need. It’s almost as if I’ve been training to be an advocate all my life.” 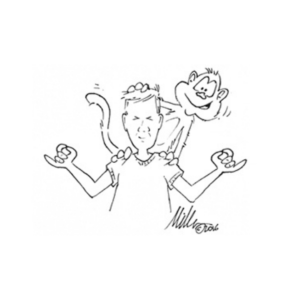 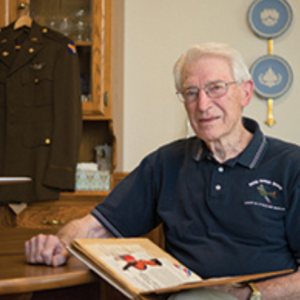