A Year After the Tsunami
By Rosalyn Reiff

On
March 11, 2011 at
2:46 p.m. a massive 9.5
earthquake struck northern Japan.
Within an hour, a monstrous tsunami forced its way ashore the northeastern
coast, swallowing everything in its path.

In
October 2011 my husband Jon and I arrived in Japan, looking forward to seeing a
number of our Japanese friends again. While excited about the reunions, we knew
they were still in shock from their disasters. One friend said after the
nuclear reactor breakdown, her Swiss friend said she’d had enough, packed up,
and left. 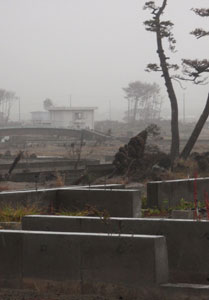 South
of Tokyo there was no earthquake damage, but in stores and restaurants there
were “Help the Tsunami Victims” collection boxes. The tragic toll was
overwhelming:  15,000 confirmed dead, and
5,000 still missing, with bodies daily being washed ashore. Stories of
survivors, details of their resettlement, plus pictures of the clean-up
progress were constantly in the news.

Sendai, the northeastern
city where I once taught English, suffered some earthquake damage. My school, Shokei Gakuin
University, is on a hill.
The president told us that two students who lived along the coast died in their
homes on March 11th. Had they been at school, they would have lived.
Also we learned that around 200 students and staff lost a family member, and
about 2,000 either lost a home or had a home damaged. Right after the
earthquake, Sendai
residents coped without electricity, gas, and running water for several weeks.

Others on the
coast fared worse. Because there was little warning a tsunami was coming, most
people along the seacoast in one-story homes were killed. Those on a hill or an
upper floor of a strong building survived and watched as boats, cars, and homes
were swept forward and smashed.  They
felt totally helpless watching the tsunami overtake their coastal homes and
villages. The inland city of Sendai
was not hit by the tsunami, but the city airport was flooded, and its port was
totally demolished.

One day our
friends drove us to Sendai
Port. Along the way we
saw piles of smashed, stacked cars and huge piles of debris awaiting disposal. We
saw shells of businesses with cracked walls surrounded by twisted fences. The skeleton
of a former gas station stood alone on the road.

We turned down a
blacktop road toward the beach and soon saw the concrete home foundations, one
after another. Several bent trees dotted the landscape and a few shells of
damaged homes.

Outside the car we
heard the crashing roar of the ocean which was behind a long sea wall barrier. Nearby
stood a red Shinto torii gate. Down in the grasses I saw a chipped blue bowl
lid and pieces of a blue and white plate. Next I found a child’s small black
shoe. That shoe made the tsunami real—a living child once wore that shoe. 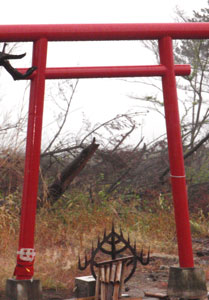 Down the road my
friend and I walked silently–the boisterous pounding waves on the right and
the home foundations on the left. The place seemed like hallowed ground. On the
sandy floor of one of the “homes” I found some small red, blue, and green
bathroom floor tiles. In another one I spotted a black and white mahjong game
piece. I thought about the happy family who once laughed as they played games
together. 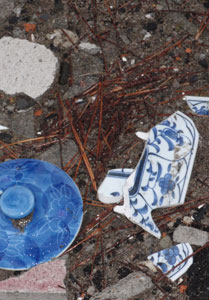 Near another
foundation, I shook the sand off a small round white teacup with thin blue
stripes. As I cradled it in my hands, I remembered that someone once drank tea from
that very cup.

As far as we could
see in every direction, there was nothing but home foundations—the remains of former
neighborhoods. I thought about those people who walked the beach and watched
the waves. The scene was deafeningly silent.
There was no longer any life at all.

My friend and I were
somber as we padded slowly back to the car. Reflecting on the tsunami tragedy,
I felt both awe at the ocean’s power, and horror at its dreadful destruction. And
I felt overwhelming sadness for both the victims and the survivors.

After
the tsunami, survivors were housed in temporary shelters until permanent
buildings were constructed. Then they were moved again far away from their
original neighborhoods. This resettlement for grieving survivors has been
difficult, especially for the elderly.

Most
fishing villages, seaside businesses and restaurants were totally demolished.
How does one start over when his family is missing, his home is destroyed, and
his livelihood has vanished? There have been a large number of suicides because
the survivors have been unable to cope with their enormous losses. All the
Japanese in those northeast coastal areas still hurt and are trying to cope
with the depressing aftermath of the tsunami. A missionary friend told us that
those survivors are still shell-shocked and expecting another tsunami to strike.

While our friends thanked us for
coming and said we encouraged them, Jon and I were encouraged by our friends’
strength and courage in the midst of disaster. The Japanese are recovering
physically—in time some of the homes and businesses will be rebuilt. But
mentally and emotionally, the Japanese survivors are forever scarred and
changed. They desperately want to hope again, but it may take a long, long
time. Life as they knew it on March
10, 2011 is gone. 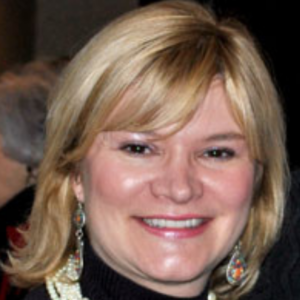 by Radina Gigova
An Edmond lawyer is taking her career to another level, mixing her imagination with traces of reality. Since December, Shannon Forth-Davies, partner at Lester Loving & Davies, is also a published author. Action, mystery, suspense, a little comedy and a hint of romance are unfolding across Oklahoma City on the pages of Forth’s first book,...
Read More  >