U.S. Space Force–It’s a term so new that most minds jump straight to Star Trek. Hunter Brash of Edmond, however, is very aware that as a Space Force recruit, he will not be visiting a galaxy far, far away. Instead, he will likely be doing mechanical work for cyber security or satellite communications.

Space Force is the new military branch, begun on Dec 20, 2019, for the purpose of protecting America’s interest and equipment in space. Hunter, freshly graduated from Santa Fe High School, did not expect the history-making call from his Air Force recruiter that would land him on the Space Force roster.

“He said that because my test scores were so high, especially in electrical engineering, that I was the very first Space Force recruit to be selected from the Oklahoma City area,” Hunter said. “I had an hour to decide the next four years of my life.”

Hunter’s mother, Krista Brash, clearly remembers her son’s phone call that day. “Hunter called me on lunch break, which he rarely does, and asked what he should do. We got his dad on the phone and talked about it. Hunter had never anticipated moving so far away. He always assumed he’d eventually land at Tinker Air Force Base after basic training and be close to the family. Space Force means being stationed in California, Colorado or Florida, not Oklahoma. I said, ‘Buddy, just pray about it. This might be the path God is sending you down so you can pursue your dreams.’”

Twenty minutes later, Hunter called back and accepted. He reports for duty on May 4th.

“I hope I might become an electrician setting up satellites,” Hunter said. “I’ve always been around construction and mechanics because of my dad and grandpa. Right now, I’m working as a glazer at a glass company, so I’m pretty good at hands-on kinds of things.”

“He’s so smart,” his mom said. “Hunter always took Advanced Placement classes by choice, but college wasn’t really the path he wanted to take. He was more interested in working on airplanes.”

Joining the Air Force has interested Hunter and his younger brother, Dakota, since childhood. Although they spent little time with their grandparents, who once served on active duty, Krista described her sons as naturally patriotic. Hunter’s high hope of joining the military was starting to look impossible, however, when he broke his leg and blew out his knee the summer before his senior year. It was one more recovery to face after a lifetime of sports injuries. He feared that his physical record might keep him from the military.

“We provided all his medical records to the recruiter, and they eventually cleared him. I’m so proud of him, because even when he was discouraged, he never gave up,” Krista said. “My ‘mom heart’ knows it’s going to be hard to let him go, but he’s always been meant to do something special. He’s well beyond his years, and this is such an awesome opportunity for him.”

“I’m glad my family is excited for me,” Hunter said. “It’s all so new. I’ll be going through regular Air Force training, plus some extra course work that’s being developed. History in the making. I’m glad to be involved in something this important from the beginning. Keeping the United States cyber-safe is pretty cool!” 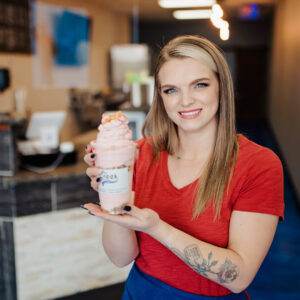 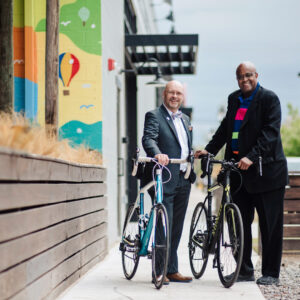 by Maggie Murdock Nichols
The inaugural Cycle 66 will be held November 7th, 2021. Cycle 66 is an urban and rural bicycling tour along Route 66. The ride offers three routes: 10, 33 and 66-miles each beginning and ending in downtown Edmond. The annual, all levels cycling tour will raise funds to promote better health as well as honor...
Read More  >