If you’ve ever caught your kid playing air guitar to AC/DC in their room or pounding on the sofa to a rockin’ drum solo, then your child may have the soul of a rockstar. 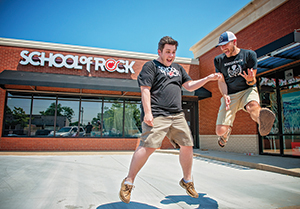 In Edmond, a new school designed to nurture that guitar hero or bass ripping talent is opening this summer, and children as young as four can enroll to learn to play guitar, bass, keys, drums or vocals while also gaining understanding of music theory.

Welcome to Edmond’s School of Rock. Opened in late June, the new music school turns traditional music lessons on its ear. Instead of playing scales over and over or memorizing music theory, the students instead learn their favorite rock songs, thus understanding theory through practice.

“This is absolutely new to the area, and this is a performance-based program approach to music that is taught in a much more entertaining, immersive and exciting way,” said Brandon Birdwell, who opened the Edmond franchise along with Ted Kuschel, Chris Rhoads, Aaron Bonnett and Jeromy Dauphin.

“We have classes beginning with 4- and 5-year-olds that teach them the love of music and rhythm all the way up to adult classes. We have our Rookie program up to Rock 101, but our performance-based program is the heart of School of Rock.”

The Edmond School of Rock’s Performance Program introduces teamwork and collaboration into music instruction by grouping students with other kids to put on real rock shows at real music venues. Students learn harmonies, musicianship and how to perform in an authentic rock show environment. Each student receives a private one-on-one lesson along with weekly band rehearsals. The school year is broken into seasons, occurring four times a year. The rock show performance can cover tributes to the Beatles, Led Zeppelin, Van Halen, AC/DC, Queen and more.

“It’s more than that though,” said Birdwell. “Kids find a place in a program where socialization is so important. We all grew up learning music one way—scales and such. All kids want is to learn to play their favorite song. Say they want to play ‘Back in Black’ by AC/DC. The old way, they would learn the pentatonic blues scale, learn theory and then maybe learn the song. Our way, they learn the song and learn about the pentatonic blues scale while doing it.”

The Schools of Rock franchise was the brainchild of Paul Green, who started the program in 1998 in New Jersey. Since then, Schools of Rock have opened around the country and even in different countries such as Australia and in Central America.

“Edmond is a perfect market,” Birdwell said. “My partners and I are from Oklahoma. We grew up here, and Edmond has really fantastic programs for kids, but not really anything for performance-based music.”

Another component of the School of Rock is a social aspect. Students learn to work together as a working band, help each other and create relationships.

“That critical social component is so important,” said Birdwell. “It’s amazing to see kids come out of their shell. We do go season by season, but kids like to stick around because of the friends they make and the experiences they have. We want to foster an environment where kids can learn, grow and move forward in music.”

During the school year, The Edmond School of Rock will offer after-school classes, as well as camps during breaks. Summer will bring full-day camps. The school will offer tours and free lessons to students and their parents so they can see what the learning model is like.

“We pull our instructors from a wide range of talent. Our instructors are touring musicians who have done it,” said Birdwell. “The ACM@UCO is another great resource to pull teachers from. All the instructors through a thorough background check, because the safety of our students is the most important thing.”

Rock 101 students learn the basics while playing actual rock music before jumping into live shows. Songs in Rock 101 are chosen to highlight the skills needed to build a strong foundation on a respective student’s musical instrument. Adult classes are also offered.

“The number one thing I hear—and it’s something my partners and I said—is ‘I wish there was something like this when I was growing up,’” Birdwell said. “We grew up loving music, and being able to offer music instruction in such a positive way to the kids of Edmond is something we wanted to do.”

Stop by the Edmond School of Rock at 100 N. Broadway, Ste. 124. For more information visit locations.schoolofrock.com/edmond. 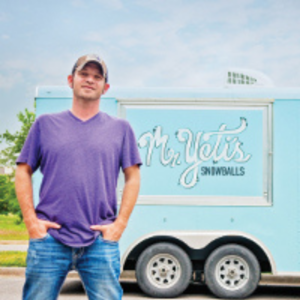 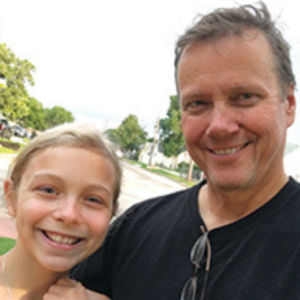