Greg Porter remembers countless days spent in the garage with his father, Greg Porter, Sr., taking apart and rebuilding racecar engines. The garage served as an incubator of sorts—a place where the younger Porter caught the family bug for tinkering, tuning, and building racecars. It was where Greg chose a path that would one day send him sliding into a wall at 170 miles per hour. 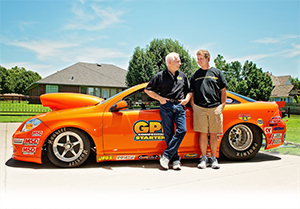 The elder Porter—now 67—was a regular on the Edmond street-racing scene in the early 1960s. Weekend evenings regularly found him speeding down 33rd Street between Kelly and Lincoln in a modified Pontiac LeMans. By 1967, he had traded in speeding tickets for time on a real quarter-mile drag racing strip.

“The first time I ran that car down the track as fast as I could and didn’t see police lights in the rear-view mirror, I thought that was really cool,” said Porter, Sr.

But for him, the challenge wasn’t really about crossing the finish line before the guy in the car next to him. It was about making the car faster and his love of tinkering and tuning. A passion that he passed on to his son, Greg.

Greg was exposed to the very real dangers of racing at an early age. In 1986, on a Saturday night in Dallas, Greg almost lost his father to the sport he’d learned to love. During a test run, his father hit an oil slick, losing control and hitting the wall four times before stopping.

Greg’s father was trapped inside as the car burned. The firemen had to use seven extinguishers to obliterate the blaze. By the time rescue workers pulled him from his car, the damage was already done and it was extensive. Greg’s father spent three months in the hospital with severe burns. It took him two years to recover the use of his hands. But as soon as he was capable, he climbed back into the driver’s seat. Witnessing his father’s accident didn’t dampen Greg’s enthusiasm for racing. However, it taught him the importance of safety equipment.

In 1998, Greg opened Porter’s Quick Change Oil, an auto maintenance business in Edmond, which he still owns and operates today. Five years later, Greg purchased his first drag racer—a 1967 Camaro. Days were spent at the business; nights were spent tuning and rebuilding his racecar; and weekends were spent racing at the track.

Over the years, Greg went through a series of cars, eventually settling on a pro-stock Pontiac GXP in 2008. His need for speed led him to rebuild the racer with the best parts he could afford. Greg raced in the Sportsman division, a category that sits between amateur and professional. He saw a great deal of success with that car, winning multiple bracket races, but never the top spot. One thing was certain, the car was getting him closer to his goal—reaching 205 miles per hour on the strip.

“That car was truly a ‘hero’ car because every time it went out on the track, it was fast,” he says. “It didn’t do anything wrong. It drove itself. It was great. I called it my cheap pro-stocker. It was as close as I was ever going to get to pro-stock. I really enjoyed tuning it up all the time,” he says. 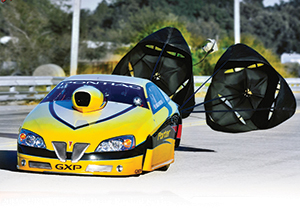 Greg is an expert driver who has amassed plenty of experience on the track. He estimates that he has participated in nearly 100 quarter- mile runs. But his last race, on April 24 of this year, was almost his last. Like his father, Greg would experience firsthand the dangers of drag racing.

Greg was racing well that day in Topeka, though track conditions weren’t ideal. A little rain made the track slick, and there was a left-leaning groove in his race lane. However, he had still clocked good race times and had made it to the semi-finals.

His wife of 14 years, Kitty, is one of the few people he trusts to work on his car besides himself. She remembers the accident with crystal clarity.

At the start of the race, Greg uncharacteristically took off before the green light, resulting in an automatic win for his opponent. Kitty’s head dropped with disappointment. When she looked up, Greg’s car was sliding across the track on its side and careening into the other driver’s lane. He narrowly missed a collision with his competitor before hitting the wall at 170 miles per hour.

“I knew he was going to be okay. I knew how his safety equipment worked and I knew it would work well. But I did get pretty concerned when we got down to the car and he was unconscious,” says Kitty. “However, even though something went wrong, so many other things went right and we were able to bring him home.”

At the scene, Greg quickly regained consciousness. He begged rescue workers not to cut his car as they struggled to pull him from the wreck, hoping to preserve as much of it as he could. He suffered a collapsed lung, an adrenal hematoma, and now has lingering back pain.

Years of working on cars paid off that day in a whole new way. Ultimately, it was Greg’s custom upgrades that saved his life.

“I had a roll cage that fit me pretty tightly. When I built the car, I built it for me. Most racers buy cars and just try to fit in them. But my car was a custom fit for me—and that probably made all the difference,” he says.

Greg’s journey isn’t finished. Like his father, he’ll be getting back in the driver’s seat, though he’s not sure when. Constructing a new car could cost him tens of thousands of dollars and take at least six months.

Even though Greg is currently on the sidelines, it appears the family tradition will continue. His stepson AJ, now 28, is putting together his own racecar, a Mustang, with the same determination as his father and grandfather. Again, it’s not just about winning for him. It’s about building a car with his own two hands that can do the impossible. 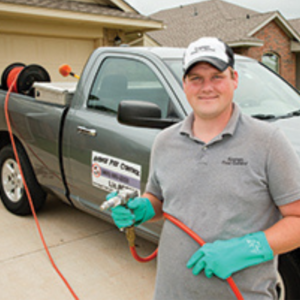 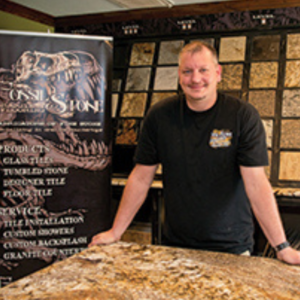