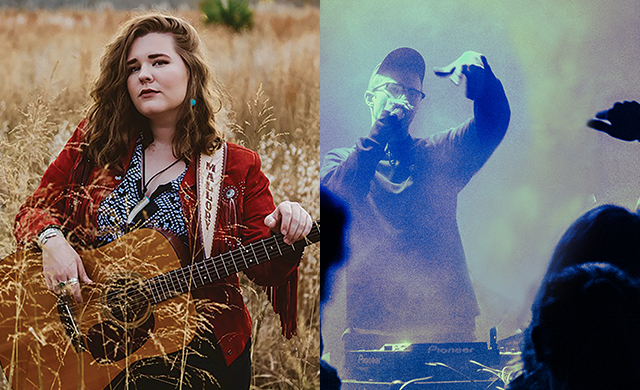 Mallory and Danny Eagle are quite compatible, although their musical tastes are on different ends of the spectrum. They blame their parents. “Mom loves old disco, funk and pop,” Danny said. “Dad loves country, blues and bluegrass,” Mallory said. “You can see which sides we gravitated toward.”

Both siblings had pivotal moments in high school that decided their career paths. For Mallory, it was joining a bluegrass band. She realized, “I want to do this with my life.” Mallory graduated from the University of Central Oklahoma with a degree in vocal performance and is now the lead singer of the Mallory Eagle Band. Her album “Red Dirt Home” is gaining momentum and is available at all major music outlets.

“The big dream is to support myself with music and begin touring,” Mallory said. “In August, my whole band is moving to Nashville so that we can have better opportunities.”

Mallory described her vocal style as country-Americana, but Danny, who confessed he is secretly a songwriter, was more lyrical in his description. “Mal’s voice is like honey in a sweet cup of ice tea, poured in a pasture. It’s all sweetness of tone and chord progression.”

Mallory laughed. “I call it country-Americana.”

Danny started mixing music CDs in high school. He convinced the prom committee to hire him as the DJ, which went well.  Now, he’s managing the music for large corporate events across the metro area, and last spring, he hosted the electronic stage at the Metro Music Fest in Bricktown.

He’s pursuing a degree at UCO in graphic design and business marketing, with the goal of becoming the musical coordinator for major headline performers. Danny loves funk, hip hop and electronic dance music, but he’s happy to play any style of music requested by his clients. “I might play jazz music one night and rap the next,” Danny said. “I try to play to the atmosphere of the group.”

The style he often plays is called “house” music. “It started in the 1980s as re-mixed disco, and now, most American pop music is influenced by it,” Danny said. “You’ll hear it in music by Ariana Grande, Pit Bull or Chris Brown. It has a strong drumbeat, so it’s perfect for energetic, emotional dancing.”

The Highs, The Lows

Both Mallory and Danny have experienced phenomenal moments and epic flops while performing. Danny is still mortified by one of his first DJ moments. A friend hired him for her Quinceañera, the Hispanic version of a Sweet 16 party. He was unaware that she and he were the only English-speakers at the six hour gig. “I didn’t know the Spanish culture, and I was struggling to find appropriate music. I would get song requests, then have to get on Google Translator to figure out what they’d said.”

Danny’s favorite moment? “When a thousand people came to Fassler Hall in Midtown—and they were jumping, singing and having a fantastic time,” Danny said.

Mallory recently had her first sell-out show, which was an awesome moment in her career, but she can’t forget one particular late-night event. “I showed up with my guitar, all country-ed out in my hat and boots–to find that I was following a hip hop DJ. That audience was not into me at all! They filtered out and I was left playing to myself. Thank goodness Miranda Lambert was performing that night, so once her concert let out, country fans started drifting over to hear me.”

Despite the set-backs, both Mallory and Danny love the thrill of performing well for the right crowd. “Sometimes you can take your nerves and use them as fuel to perform better,” Mallory said. “Those nights are amazing. And then, there’s the nights where everything goes wrong and your strings bust.  You roll with the punches and accept the good and bad.” 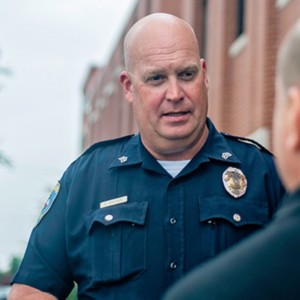