A Home A World Away

Imagine traveling to a foreign country alone, without a tour guide. You are unaware of the customs, unfamiliar with the language and can feel lonely and disconnected. Hundreds of international students who fly to Oklahoma each year to pursue a better education find themselves in this situation. However, Heidi McKee puts out the welcome mat and gives them a hand to hold. 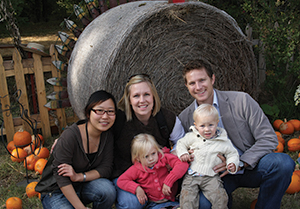 A student herself, McKee works part-time in the Office of Global Affairs for the University of Central Oklahoma. Her job—and her passion—is to provide these students with a support group through a program called Community Responding to International Students Program (CRISP).

“Heidi has a heart for embracing other people. She greets international students at the airport and connects them with local families who are willing to give them a taste of American life,” said Katherine Sanders, a woman who opens her heart and her home to students in CRISP.

Unlike a foreign exchange program, the students don’t live with the host families. Participating families just commit to interacting with their student once a month.

“It’s not a huge commitment, but it provides the students with a friendly face,” McKee said. “Let them see your life! Include them in regular family events. They want to know what it’s like to be raised here. Too often, their only American experience is campus life. This gives them a more rounded view of our country.”

“We take them to Bricktown or to the drive-in to get onion rings. This year, our girls want to try making an apple pie, and they can’t wait to see snow,” said Cyndi Schatzman, who has hosted several international students, including a young man named Cyril. “We invited Cyril to our house for the holidays last year, and he was interested in our traditions. We gave him Easter baskets and Christmas stockings filled with the same things our kids got.” Sanders enjoys helping the students learn about local customs. 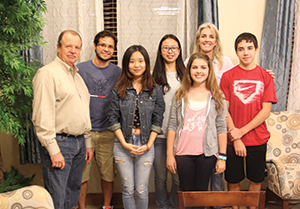 “Their image of the United States is very different from what they encounter when they arrive,” Schatzman said. “They’ve seen pictures of oceans and mountains, and they expect to see all that in Oklahoma—so they are always shocked by our flat land.”

Sanders, who sometimes helps pick students up from the airport, is always interested in seeing first reactions to Oklahoma. “They’re amazed by our clear roads and the lack of people everywhere. Once they get over the initial shock, like the lack of public transportation or the August heat, they begin to learn about our culture,” Sanders said.

A benefit to introducing international students to Oklahoma life is that families find themselves learning about other parts of the world. Sanders once hosted several male Iraqi students who offered to cook a native meal. After a trip to a world market for special ingredients, the guys explained that they had never actually cooked before, since that was traditionally the women’s role in their country. But, “The food turned out perfectly and they were so proud to share it.”

Sanders is pleased how her family has drawn closer together because of the CRISP program. “My whole family is engaged, talking about our differences and similarities at the dinner table. The students always connect with my kids on movies, TV shows and pop culture. They love everything American.” 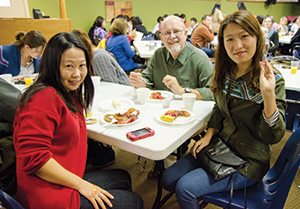 In the fall, Schatzman took several students to the Oklahoma State Fair, and they were able to see Native American dancers for the first time. “Because of technology, they could send instant photos to their families back in Nepal and Africa—and share our culture with their families back home.”

In addition, Schatzman has become increasingly aware of people from other nations in the community. “I recently told a cashier she had a beautiful accent and asked where she was from,” Schatzman said. “She teared up and said she was from Ethiopia, but most people treated her with anger because they didn’t understand her. I met her later for coffee and learned that she was an orphan who’d only been here for three months—she was so lonely and needed a friend. So we ‘adopted’ her into CRISP.”

Currently, McKee has 130 families serving as host families—but she still has a long list of international students who didn’t get matched with a family, yet. “A sweet girl came up to me crying because she didn’t get a host family. She said she picked UCO specifically because of this program.”

“The CRISP program gives young adults a hand to hold on the other side of the water, so to speak. And once we start holding hands and showing them that we are a loving people—we fall in love with them,” Schatzman said. “I once traveled to Sweden. My son was sick, and I couldn’t read the medicine bottle. I was so scared to give him the wrong thing and kill him. I remember that fear of isolation and insecurity and not knowing the language. These students come to America feeling that way, too.”

“It’s a grand thought,” Sanders said, “But by making a difference in someone’s life here, we might impact the nations. It’s certainly been a blessing to my family.”

To learn more or volunteer to host a student, contact the Office of Global Affairs at UCO, uco.edu/glocal or 405-974-5577. 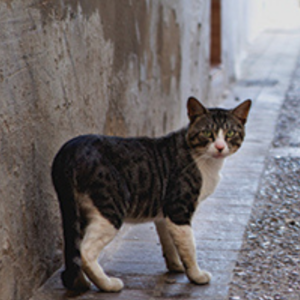 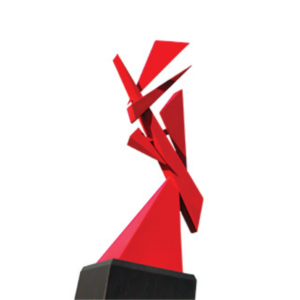