A worn stained glass window in an antique shop caught the eye of James Rogers King about 20 years ago. Captivated, King picked up some books on stained glass the following week and got to work teaching himself the craft. 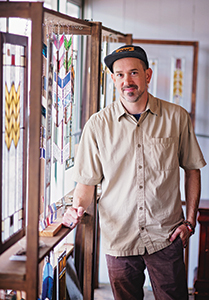 He got a job working in a stained glass shop in Oklahoma City and even picked up an associate’s degree in graphic design a few years ago to prepare himself for his dream of owning his own studio and working with stained glass full time.

King, now 44, has come a long way from cutting his teeth on how-to books. He’s now surrounded by his glinting suncatchers of honeycombs, feathers and geometric terrariums as he works day in and day out in his newly opened JRK Studios.

“I had wanted to do something in the arts full time, so I finally just took the plunge and said ‘I’m going to do it!” King said. “And it’s going well. I’m busy. I’m so busy!”

That’s no joke. In addition to smaller pieces you might see at local shops like DNA Galleries in Oklahoma City’s Plaza District, King also is feverishly working to keep up on commissions, many of which are for local businesses. Right now, he’s piecing together a handful of large white and purple geometric lamps for the Midtown restaurant Barrios.

“In the past two to three months since I’ve had this place, I’ve had a lot of businesses saying ‘I need something.’ But it’s not ‘I need one or two.’ It’s ‘I need 200 of something.’”

Not a bad problem to have, King admits. Not only is he juggling commissions and other projects, he’s making big plans for his studio space. He’ll dedicate a full wall to displaying other artists’ work, and, once construction on the studio is complete, he plans to start teaching classes and invite those interested in starting their own glass projects. Cubicle-style shelving along the south wall will be available for guests to rent as they work inside the studio.

“Depending on how the space is finished out, I’m also thinking about having an artist who does something completely different share the space,” he added.

Take a lap around King’s studio and you’ll see crates corralling 80 sheets of stained glass each. Many people think the artist creates the glass himself, but King buys it from a wholesale supplier in Chicago and has it shipped to him.

Just a few feet over sits a box of small paper cutouts for projects King has already completed. The designs come to life in King’s computer, but he uses the pieces to trace onto the sheets of glass so each glass piece is uniform every time he makes a project. He’ll then score the surface of the glass along the outline with a carbide-tip glasscutter before breaking the glass along those lines.

On tables closer to the entrance there are glass squares, triangles and other shapes in a variety of sizes, all waiting to be soldered and assembled into their respective projects. King uses a grinder on some projects to angle the sides of the glass so all pieces fit together perfectly. You can find projects in various stages of assembly, tape holding the pieces in place until they’re fully affixed. 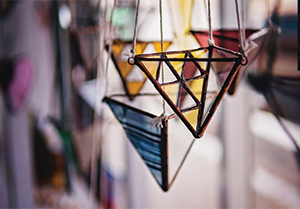 When creating the final pieces, King uses one of two methods: copper foil and soldering, or lead strips. Copper foil works great for smaller projects because it’s easy to handle, while lead strips help larger pieces come together more quickly and provides more durability without the need for soldering.

His favorite part of the process comes when he gets to cut each piece out from its pane of glass, he said. “That, and whenever you get a piece finished and you lift it up and you’re able to see the light through it for the first time,” he said. “That’s, like, amazing—just an amazing spot there.”

King said he’s humbled in those moments when customers tag him on social media and show how they’ve decorated with his artwork or sees his custom pieces such as windows look like built in their homes.

“It doesn’t always dawn on me that people have something of mine and it influences them, that it’s a part of their life every day,” he said. “At the same time, it’s kind of cool to think this is something that they look at and it would be like me 20 years ago when I saw a piece of stained glass. It could inspire them in whatever creative outlet they have, and that’s kind of neat.”

The studio is at 2816 N. Pennsylvania Ave. in OKC. Learn more at jamesrogersglassworks.com. 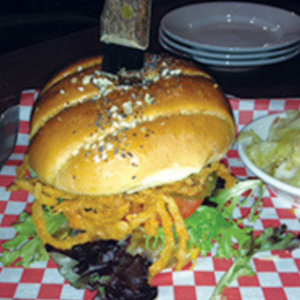 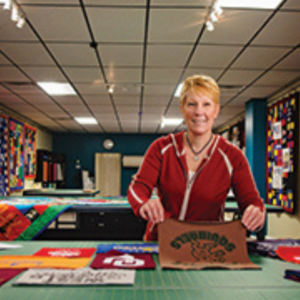 by Morgan Day
It's no wonder Journey Quilt Company has outgrown its first location, nearly doubled its space and upped its employees from one to six in just two years. The idea of hanging on to life's fondest memories, of having a tactile reminder of those we love, seems to resonate deeply throughout the Edmond area.
Read More  >