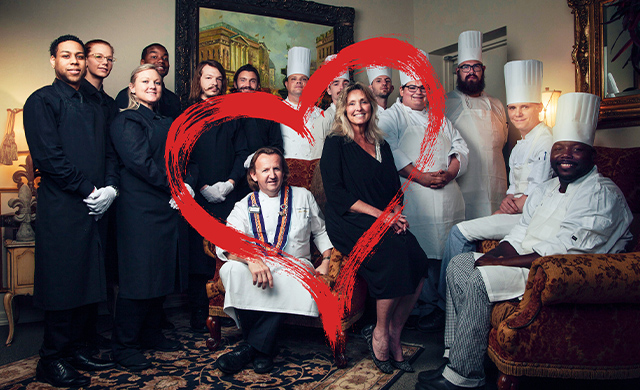 Fait Maison opened its doors in November 2017. Edmond was abuzz, an award winning French chef had somehow landed in Edmond. What could bring Michelin-rated Chef Olivier Bouzerand to Edmond? When asked, he’ll smile. This restaurant came to fruition by way of a modern love story.

Research tells us that the digital age has brought about isolation, a disconnect from the people sitting right across the table. This story suggests otherwise. Worlds apart, an unlikely connection would begin through the online game, Clash of Clans. What began as friendly banter, took a turn when Susan Wedel casually decided to leave her clan. Word got to Susan that she was missed in the clan (by Olivier), so she came back. The two began a private message conversation. The first time they could see each other’s profile, Olivier messaged Susan, “Is that photo really you?” Susan laughs at her response, “Who else would it be?” It’s clear by the way he looks with admiration as she speaks, Olivier was and is taken aback by Susan’s beauty. He’s quiet and serious, but a glance from Susan makes him smile. As their online conversation continued, the two were becoming more than clan members. Susan admits to initial apprehension. She played the game with no intention of meeting anyone, same for Olivier. The odds of the two meeting through this game are incredible, one in a million. A chance has to be taken on odds like that.

After some convincing and an initial visit to Edmond, Susan visited Olivier in France. The two met in Paris and then traveled to Cannes to Olivier’s renowned restaurant Le Mesclun. Susan laughs recounting the first dinner Olivier cooked for her, “Well, I knew he was a chef, but I was blown away.” Olivier dreamed of opening a restaurant in America. He considered New York City, L.A., or Miami. He asked Susan to travel with him, help him decide where to open. She said, “Edmond is my home. My life is here.” After hearing Susan’s affinity for her hometown, he considered opening a restaurant in Oklahoma, in Edmond. The couple laughs, “He thought I was some kind of unicorn. I was just so nice. He traveled to Edmond and realized everyone is nice here!” Olivier laughs, “It’s true, that’s the biggest difference. I really like it here.”

When asked about the hard parts of working together as a couple, Susan and Olivier shrug and laugh. Olivier says, “It’s good.” Susan adds, “I’ve learned to let little things go, life is too short.” Susan recalls, “After opening, Olivier said he was going to change the red wine sauce for the beef. I didn’t think it was a good idea. He asserted, ‘I’ll change the sauce’. I brought it up a few more times, then dropped it.” Olivier changed the sauce. Susan learned to trust the whims of the chef and was pleasantly surprised. Every iteration of the menu has been a new and delicious flavor experience. Sourcing was a challenge and Olivier refused to lower standards. The couple worked together to find the best produce and goods, local when possible. They have learned to compromise when necessary in their relationship, but they won’t compromise when it comes to details at Fait Maison.

It’s clear that Susan and Olivier care about experience, from the tasting menu to the chairs and chandeliers. Fait Maison invites guests to connect and enjoy the ones they’re with. Susan believes, “You could pick this restaurant up and drop it in the middle of France, it would fit right in!” Fait Maison has brought a taste of French culture and cuisine to Edmond. The culmination a stunning atmosphere, impeccable French cuisine, and exceptional service has the ability to transport guests to France, if just for the evening.

For more information go to www.fait-maison-ok.com 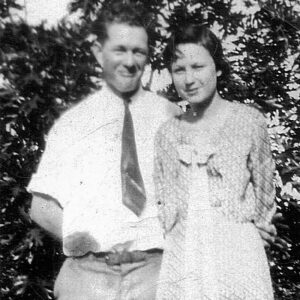 by Louise Tucker Jones
I love a good romance and since this is the “love month,” well…. Enjoy! They grew up on different sides of the mountain and met at a singing convention. At least that’s how my mother tells the story. She was a 14 year-old beauty and Daddy a strapping 17-year-old. I don’t think my father was nearly...
Read More  >