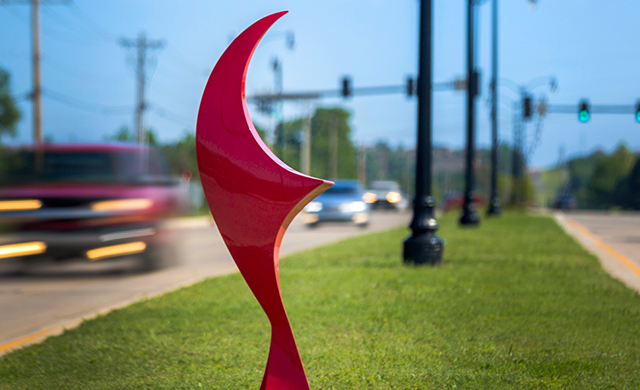 A developer in OKC named Steve Mason called me and asked me to define the time and event that started the renaissance in downtown Edmond. Without even thinking I said it was the city’s commitment to public art. As I write this I am watching contractors block off our finely-streetscaped section of downtown’s Broadway for our 40th Annual Edmond Arts Festival. This is one of the best arts festivals in the state of Oklahoma and we can be proud, however the game-changer for Edmond is the City and stakeholder’s commitment to public art.

Today’s architecture, with its glass and steel, can lack the unique qualities needed to interact with the public realm. Art invigorates public spaces and humanizes the built environment. No one understands the role art plays in the public realm like Edmond attorney and previous Mayor Randel Shadid. I called Randel and asked if he had time to talk about art and its impact on the built environment. He replied “I always have time to talk about art and Edmond.”

Randel has made a considerable financial investment in public art in Edmond, but it’s the emotional investment that has caused the renaissance. The idea of using public art as a differentiator and unique selling proposition for our city started with Randel’s love for art.

As a member of the Edmond Urban Board, Randel had his first opportunity to give this art-as-economic-tool a try. He convinced the board and City Council to spend $100,000 on public art promising to negotiate the biggest impact possible. He turned that investment into 5 pieces of public art giving the city the “critical mass” necessary to make an impact. During Saundra Naifeh’s time in office as Mayor the city raised the stakes and invested $200,000 per year developing a matching public/private partnership coordinated by the Visual Arts Committee.

Today, with the public/private public art ordinance still in place, Edmond just placed their 200th piece of public art. The city is definitely recognized around the country as leveraging public art and can be seen in such magazines as Southern Living, Southwest Art, and Art of the West.

Randel has served on the City Council, been Mayor, and served on the Edmond Urban Board. All of these are major commitments and accomplishments, however when talking to Randel it’s the art that sparks his interest. If you ask him to choose this favorite piece of art, he will say “the last piece I purchased.”

If you are looking to find the impact that public art can have on economic development and building community, look no further than Edmond, OK! 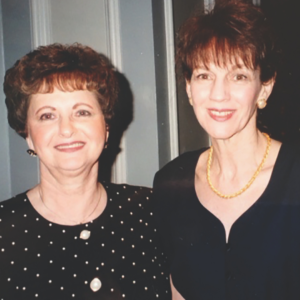 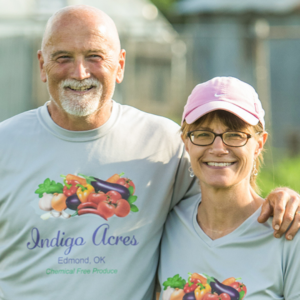